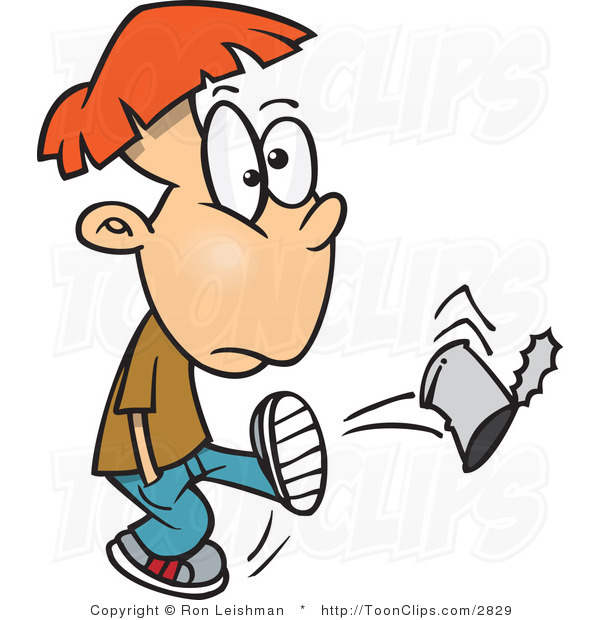 Every six months or so in Australia, freedom of speech – as an issue – briefly occupies the nation’s headlines.

It’s like an empty can that lies in the gutter for months till some passing kid gives it a kick out into the road, where it bounces and spins around for a bit before rolling back to the kerb.

And like the can, it rarely moves very far forward, and it certainly doesn’t become any more appealing or useful after its moment in the sun.

The only thing we can be sure of is that, before very long, it’ll be kicked again.

So it is at the moment, though one could argue there are two cans in play, not one.

The first is a real issue of freedom of speech that effects all citizens – freedom of the press. Currently it revolves around the freedom for someone with specialist inside knowledge to publicly blow the whistle on corruption or abuse in public life.

Presently there are several major cases in play in Australia to do with the citizen’s right to know information the government would prefer to keep secret. These include: government spying on our neighbours in East Timor to gain an advantage in resource-sharing negotiations; a former tax office official exposing unethical practices and a former army officer uncovering alleged unlawful killings by Australian soldiers in Afghanistan. And there are probably more.

The Federal Government’s heavy-handed attempts to crush the whistle-blowers in their efforts for public interest transparency are designed to both punish the whistle-blowers (who see themselves as public spirited) and to send a signal to ordinary citizens in general and the media in particular that the exposure of corruption and abuse will not be tolerated if it reflects badly on the Australian government. The unauthorised leaking of behaviour enhancing the government’s reputation is more properly called “propaganda” and is not punished.

In May 2019, a Human Rights Law Centre report summarised the most flagrant cases as “a worrying trend of investigation and prosecution of public interest whistle-blowers”.

“Australian authorities investigated Save the Children whistleblowers for exposing the abuse of children on Nauru. Right now, the Commonwealth Director of Public Prosecutions is prosecuting Witness K and his lawyer, Bernard Collaery, for their role in revealing that Australia was spying on Timor Leste for economic gain during oil and gas negotiations. Former ATO employee Richard Boyle is facing 161 years imprisonment for disclosing unethical tax recovery practices that have since been reformed.”

Since then – and in one week alone – the Australian Federal Police raided the home of News Corp investigative journalist Annika Smethurst and the offices of the Australian Broadcasting Corporation, trawling for information that might identify whistle-blowers behind two separate stories. Summers exposed a secret government plan to deploy its spy agencies against Australians domestically while the ABC had published stories detailing the alleged unlawful killings of unarmed men and children by Australian elite special forces in Afghanistan, reports based on hundreds of pages of leaked documents. Search warrants were issued against ABC investigative journalists Dan Oakes and Sam Clark, as well as Director of News Gaven Morris. The AFP spent several hours digging within the ABC’s computer system and took away more than 80 electronic and other items to examine at their leisure.

The acting AFP commissioner, Neil Gaughan, said the AFP was a “strong supporter of press freedom”, though he obviously has a strange way of showing it. Howard Whitton, a specialist with Ethicos Group, last year labelled laws used against whistle-blowers “creeping Stalinism”.

Just how these important issues are resolved will probably vary from case-to-case, though traditionally they are unlikely to end happily for the individuals concerned. Perhaps the only spark of hope is that the media, their consumers and concerned citizens are showing some small signs of banding together to say “enough is enough”, though do not hold your breath.

The second free-speech can being kicked along the road at present has a far higher public profile despite being immeasurably less important.

It involves – in no particular order – a man who has made millions playing various ball games, some Christian fundamentalists, the usual cabal of neo-conservative grandstanders and disparate progressives tying themselves in moral knots because the perpetrator is of Tongan heritage and his victims are gay.[1]

This, by the way, has given religious conservatives the chance to claim they are not racist while taking a free kick at another regularly victimised minority – the people who, irritatingly, recently thwarted their bigotry by getting marriage equality legalised.

Briefly, in the latest of a long series of religious exhortations, Folau posted a fundamentalist meme: “WARNING Drunks Homosexuals Adulterers Liars Fornicators Thieves Atheists Idolaters HELL AWAITS YOU REPENT! ONLY JESUS SAVES”, to which he commented: “Those that are living in Sin will end up in Hell unless they repent. Jesus Christ loves you and is giving you time to turn away from your sin and come to him.”

As an aside, let’s not forget that Folau’s post was not an accurate replication of St Paul’s first letter to the Corinthians, 6:9-10, which lists people who will not “inherit the kingdom of God”. This is not the same as “will go to Hell”, as Folau posted, though this distinction may be splitting hairs for religious fundamentalists and is a meaningless argument for atheists. And to be fair, Folau is not a Biblical scholar, he was just parroting one of the more the common expressions of abuse favoured by some fundamentalist Christian sects.

And let’s not even open the can of worms surrounding St Paul’s place in the Christ stories. Did he receive the word of God or was he just a fanatical convert who perverted Christ’s central message of love into something more mundanely cruel and oppressive?

But all this is really just a sideshow, because Folau’s offence – or “standing up for freedoms of all Australians” as he describes it – is actually a simple contractual issue that will probably be played out in the Federal Court as such.

Rugby Australia says it terminated Folau’s contract after a panel of experts determined that his social media post attacking homosexuals breached the Professional Rugby Players’ Code of Conduct on inclusiveness. Rugby Australia will presumably argue they pay him millions of dollars and ask in return that he plays to the best of his ability on-field and tries not to offend the code’s supporters and sponsors off it.

This is not a case of freedom of speech so much as one of contract law.

It is also a test of character: Is Folau mature enough to recognise that grown-ups cannot always have their cake and eat it? And is he brave enough to make the choice between his obligations as a contracted professional rugby player and his desire to preach his faith.

Set alongside the dire punishments threatening genuine whistle-blowers and investigative journalists, a man who has been paid millions for chasing a ball has little to complain about.