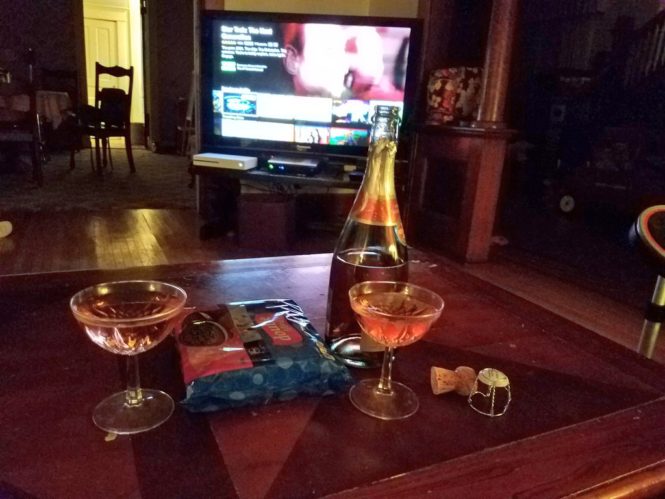 The champagne corks have been popping at SBS in the wake of Tuesday’s Budget to celebrate what the multicultural broadcaster says is “the most significant funding boost SBS has ever received”.

But will there be a hangover once all the bubbles have burst?

By any reckoning, SBS receiving $158 million in extra funding has to be great news.

Admittedly it is spread over five years and it is tied to some hefty non-discretionary commitments, but in light of the way the multicultural broadcaster has been treated in recent years the money itself is just one reason for celebrations. Almost as important is the Treasurer’s signal that SBS is back in the game. This is especially satisfying as, across town in Ultimo, big brother ABC received practically nothing extra in the Budget.

It has been so long since SBS has secured any substantial Government largesse beyond its $210 million triennial appropriation that a belief had formed within the corporation that they would never be able to drag themselves out of a spiralling descent into debt, budget cuts, falling audiences, disappearing advertising, more debt and so on.

Of course, public corporations cannot actually default on their debts or be declared bankrupt, but for SBS it seemed the last ten years or so had been death by a thousand cuts.

The Howard years had left no doubt the Coalition believed SBS should sink or swim on the commercial high seas. Installing Howard supporter Carla Zampatti as Chairman with a Board of mainly conservative economic hard liners reinforced time and again that SBS was going to have to find any extra money it needed through advertising. The global financial crisis exposed the holes in this philosophy but given the Coalition’s general dislike of multiculturalism, the marginalisation of SBS – even if largely self-inflicted by the Board and Executive – was regarded as no great loss.

The hopes of Kevin Rudd riding to the corporation’s rescue proved to be a chimera, with little additional money forthcoming in an increasingly expensive global media market.

So no wonder the first thing the relatively new managing director Michael Ebeid did after Budget night was to call staff together at their Artarmon headquarters to celebrate the utterly unexpected windfall.

So how happy should SBS be and what will be the true effect of the extra funding?

To put the apparent munificence into perspective, the $158 million is spread over five years and large parts of it are already earmarked.

Just over $63 million will be set aside to run the network’s new Indigenous channel for the next four years. Considering National Indigenous Television (NITV) was already getting $15 million a year, taking into account inflation this is money already spoken for.

Significantly, the Minister for Broadband, Communications and the Digital Economy Senator Stephen Conroy and his colleagues with responsibility for “Closing the Gap” mentioned the Indigenous channel money separately in their joint announcement, meaning they will all be watching to ensure it actually is spent on Aboriginal and Torres Strait Islander programming, which is due to formally move into the SBS fold in July and begin officially broadcasting under the SBS banner some time later this year.

NITV staff might be reassured by the specificity of the joint ministerial statement, seeing it as effectively ring-fencing Indigenous funding for the next four years should SBS ever be tempted to dip into the cache for non-Indigenous uses. Given the way SBS television raided the coffers of the corporation’s multilingual radio division over the years, this had been a real fear at NITV.

More good news may come from the way the rest of the new Indigenous channel money is to be divided. The fact that almost $3 million of the $15 million per year in 2012-13 will be for one-off capital establishment costs means that channel operations – essentially production and program purchasing – could get the full $15 million per annum for the following three years. Add to this the likelihood that advertising on the Indigenous channel – almost impossible to come by under NITV’s current limited pay TV distribution arrangements – could increase significantly with the new nation-wide digital transmission available on the SBS third channel and the news for Indigenous broadcasting seems generally good.

Of the remaining $95 million in new money for SBS from Tuesday’s budget, part will be gobbled up by necessary upgrades to its distribution and storage technology to cope with ever expanding and demanding digital technologies, but part will also be available for program content.

In the world of television, $10 million a year does not buy a lot of extra programming, but SBS has a reasonably good reputation of getting bang for their bucks, so they might be able to make some noticeable improvements with whatever new funding is available for production and acquisitions.

So who does SBS have to thank for this unexpected early Christmas present?

Certainly after years of declining real-term funding under the Howard and Rudd Governments it is time for SBS to receive a boost. Large parts of the new money are required for necessary technical upgrades, so to leave it any longer would have meant SBS was doomed not only ideologically but practically too.

It may also be a reward for SBS efforts to return to its multicultural Charter obligations under Chairman Joseph Skrzynski, Ebeid and an increasingly ethnic Board. The ill-fated attempt at mainstreaming of the Zampatti/Brown years can now be consigned to what Leon Trotsky called the dustbin of history.

Certainly Senator Conroy will have played a significant part in getting the extra funding, an achievement even more commendable given the tightness of this year’s budget and the almost complete failure of portfolios outside health and welfare to garner significant increases.

Of course, having decided to fold NITV into SBS the Minister had to provide the funds for Indigenous broadcasting, which is dear to the hearts of some within Senator Conroy’s office.

And perhaps too the Senator has pangs of conscience about SBS. After years of sitting in Senate Estimates Committee meetings month-after-month attacking the then Communications Minister Senator Helen Coonan for a lack of support for SBS, Senator Conroy could not put off any longer righting the wrong he had denounced so often.

And let us not forget the role the Greens will have played. They more than anyone remained faithful to SBS when the Howard government disdained it and Labor saw it as little more than a political stick with which to belabour the Howard government. The Gillard government has needed Green support for some of its more contentious budget measures and a little extra for SBS makes a nice quid pro quo for that.

But before SBS and the Government, multicultural Australia and the Greens get too carried away with the celebratory champagne, let us remember one thing.

If this Government ever had any intention of winding back the much-hated in-program advertising on SBS television and compensating the public broadcaster for the inevitable loss of advertising revenue this would cause, Tuesday’s announcement may have dashed those hopes.

Why would the Government give SBS approximately $20 million a year extra for the next five years – excluding the money for Indigenous TV – if it was also going to give them the $40 million or more per annum SBS would need to replace revenue from in-program advertising?

No, SBS has had its cash; those ads are here to stay.

[This article was first published in DogBitesMan on 15 June 2012.]

One thought on “Cheers or tears for SBS?”