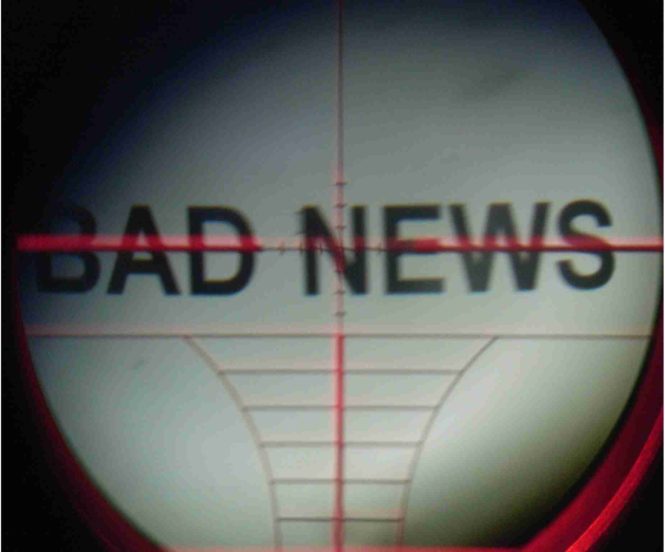 Ask scientists, economists, sociologists, futurologists and most other experts what is the greatest ongoing single threat facing the human race and the overwhelming response is likely to be “climate change”.

There are plenty of other contenders; financial crises, international terror, religious fundamentalism/atheism, poverty, pandemics, overpopulation, nuclear disaster, moral decline, the list is long. But when push comes to shove, when Torquemada applies the thumbscrews for an answer, climate change is the one most experts choose.

With only a few exceptions, it is universally acknowledged by climatologists that global warming is essentially man-made, that left unchecked it will have a devastating effect on the planet but there are things we can do about it if we act quickly with will and fortitude.

So how come (a) it’s not keeping most citizens awake at night and (b) our political leaders find it so difficult to take effective action?

How come a recent Pew Center survey of Americans put it second last of their 22 top public policy concerns for 2011?

Admittedly, the survey focused on short-term issues and one could therefore blame a raft of more immediately pressing problems for Americans such as getting or keeping a job or trying to access a dysfunctional public healthcare system.

But there are more than 80 million children under the age of 20 in the US, so why aren’t their parents freaking out about the world they and their children’s children are likely to inherit – if there is to be one?

Slightly more reassuring were the results of an Ipsos MORI poll conducted in September 2010 which asked more than 7,000 people in eight countries what were the “two or three greatest challenges facing the world?” The framing of the question to allow multiple priorities tended to blur the issues, but global warming and climate change topped the poll on 46 percent, equal to war on terror.

Significantly, climate change was more important to the citizens of China (67%), Brazil (56%), South Africa (54%) and India (53%) than to the more prosperous denizens of Saudi Arabia (44%), Australia (37%), Britain (33%) and the US (22%). Bizarrely, Australians, who live on one of the most fragile continents on earth and who have been suffering a succession of climatic disasters, ranked terrorism as their number one bugaboo and overpopulation as a close third despite the fact that terrorism is practically unknown in their country and they have one of the least dense populations on the planet, perhaps confirming that Australians still find the rest of the world a very scary place.

The greatest moral challenge of our age

To be frank, they find their own country a quite frightening place too, if domestic politics is any barometer. Though they allegedly deserted Kevin Rudd’s Labor Government in droves when he abandoned real action on climate change after earlier calling it “the greatest moral challenge of our age”, they have recently been scurrying away from his successor, Julia Gillard, who is belatedly attempting to do something practical about it.

They are flocking to the Opposition led by putative climate change denier Tony Abbott partly because he is running an effective scare campaign that action will involve a “great big new tax”. It may be a lie and is certainly scaremongering, but it is a message even the dumbest of voter can understand, compared to the obfuscation and mixed messaging that has been tying the Gillard Government in nots – it’s not a tax and anyway it’s not going to hurt.

The tragedy for the ALP is, of course, that they have a strong product to sell – “the greatest moral challenge of our age” – but they don’t have the native wit or the boldness to sell it.

Kevin Rudd has now had the common sense to admit he made a mistake in not going to the polls with a plan for pricing carbon while his popularity was at its peak and voters were most supportive of the idea.

Instead, his inner cabinet and advisors misjudged the mood and projected themselves forward to time when the electorate would be less supportive, i.e. now. They feared the worst, missed their opportunity and now the worst has come to pass anyway.

So why did they choke at such a crucial time?

Because they tried too hard to tap into so-called “indicators of the public mood” instead of listening to the mood itself. They placed too much reliance on artificial focus groups and faulty polling techniques, such as asking people whether they wanted to pay more taxes rather than whether they would pay to save humanity.

But most damagingly, they listened far too seriously to tabloid media run by people with a very personal stake in keeping their own taxes as low as possible.

There would be few shock jocks or tabloid editors not on six or seven figure salaries subject to the top marginal rate of income tax, driving imported cars worth more than the annual average wage and moving between homes subject to breathtakingly large bills for rates, utility charges, servants and stamp duties. Obviously such people oppose taxes, but because they too get only one vote every three years they need to convince their readers and listeners to be outraged too, even those such as Alan Jones whose average listener’s income is a mere fraction of his own.

The enduring mystery of Jones is still why countless Prime Ministers, ministers and opposition spokespersons continue to beat a path to his studio when he speaks to only a tiny clique of older Australians, less than 1-in-20 Sydneysiders.

But it is wrong to lay all the blame on the loopy end of the media spectrum. Even serious journals like the Sydney Morning Herald can run a front page story which out-scares the usual scaremongers with a 72-point bold headline proclaiming “Family carbon bill to hit $863”.

The article was based on a report by Treasury released under a Freedom of Information request by the Federal Opposition. Lenore Taylor’s piece presented the worst-case scenario of Treasury’s economic modelling by imagining a carbon price of $30 a tonne – the top of a range expected by most analysts – with no inclusion of the likely financial help any government of any political persuasion would offer to compensate low and middle-income families.

The truth buried deep in the article’s 8-point text admitted even this worst-case annual cost would be only an extra $16.60 a week on the average Australian family’s household bills, including petrol, but one cannot imagine a sub-editor writing the headline: “Family carbon bill less than a pack of smokes.”

Good news is not news

Since time immemorial journalists have been sensationalising unpleasant facts to obtain maximum attention. Canadian media theorist Marshall Mcluhan famously said: “The real news is bad news”, to which American journalist Gloria Borge added: “For most folks, no news is good news; for the press, good news is not news.”

But while true, such practices are not necessarily justifiable and in some circumstances – for example, the future of the human species – they are not helpful.

Journalists of all political persuasions have been keen to excoriate Rudd for backing away from “the greatest moral challenge of our age” without looking at our own role in the unfolding tragedy.

Now we need to make a stand on issues as important as climate change. As journalists, we don’t have to take sides or abandon the time-honoured principles of fairness and accuracy, the bedrock of objective journalism. And we must continue to represent all significant viewpoints in the debate and even, when necessary, report the ravings of the lunatic fringes, however unpalatable or destructive they might seem.

But we have to recognise we cannot continue to treat our readers, listeners or viewers as empty vessels waiting to be filled with our particular take on wisdom.

We have to stop covering the debate on carbon pricing as a bare-knuckle political punch-up and start treating it as a deadly serious scientific and economic issue. We must re-occupy the middle ground and develop a truly impartial style and a more honest relationship with our audiences.

If there is bad news to communicate, then we must report that fairly and clearly. After all, a carbon price is meant to hurt someone enough to change their behaviour, otherwise what’s the point. But if the sky is not actually falling – and a carbon price will not leave us paupers on the street – we must explain that too.

Every succeeding generation of Australian media consumers is getting more media savvy, more able to recognise the way the press, broadcasting and the Internet operate, more able to deconstruct the media message. It’s time media practitioners and other opinion leaders got up-to-date with the people we serve.

After all, the sign of a mature democratic society is when its leaders can tell bad news honestly, its media can communicate it effectively and its citizens can accept it knowingly.

Footnote: To be fair, the Herald redeemed itself somewhat four days later with an Opinion page article by economics reporter Jessica Irvine explaining why a carbon price could be a good thing economically.

One thought on “Maybe it’s time to shoot the messenger”