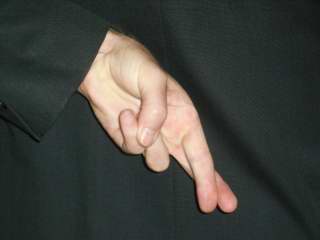 The release by WikiLeaks of tens of thousands of confidential US government emails has turned the spotlight on some serious and long-submerged issues about honesty in public life.

The US Government and many others mentioned in these supposedly secret emails are genuinely embarrassed and understandably angry that they have been made public.

They and their supporters outside government – including sections of the media – say it is impossible to undertake sophisticated modern diplomacy if everything one writes about another country, its leaders, citizens and systems is on display for all to see.

After all, the argument goes, that’s the basis for diplomacy – that whatever you may feel about another country, you say whatever is in your own best interests at the time.

If everyone plays by those rules a “diplomatic language” is developed which all governments understand. The phrases, terms and tones may be translated from one language to another, but diplomacy endeavours to ensure that the message is the same in each.

English may be the world’s most commonly used and abused international language and it is cumbersome and arcane, especially for second language users, but it has developed nuances diplomats can exploit when sending messages to each other and for their own domestic consumption.

Antony Jay and Jonathan Lynn satirised this in the popular British political comedy “Yes Minister” in which civil servant Sir Humphrey Appleby could damn his boss’s idea by raising his eyebrows and suggesting it was “Interesting”.

In many cultures there exist specialist languages which are only used by certain members of the society, perhaps initiated into an exclusive group. In Papua New Guinea the Huli people of the Southern Highlands have “hunting languages” which only initiated men understand and use in the dense forests to trick the spirits of the animals they are hunting.

Health professionals, engineers, lawyers, builders even journalists have their own jargons which are, to varying degrees, impenetrable to outsiders. Usually these languages are used for efficiency – to utilise a common, learned understanding of complex concepts within a profession or trade – but in diplomacy language is often used for the opposite effect – to obscure the true meaning of what the diplomat thinks or intends to do.

To say someone is “diplomatic” generally means they say nice things about people, ideas or objects even when they’re not.

Often they’re just what some people call “little white lies” – either by commission or omission – and in a domestic relationship they’re usually forgiven because the liar “means well”.

“Do I suit a moustache?” “Hmm. It’s certainly unique.”

However, almost all societies throughout the world place a premium on honesty. While being “diplomatic” can act like rubber sealant in the gaps that divide nations, most of us hold truthfulness to be important and, in many situations, non-negotiable.

In courts people swear on holy books to tell the truth and if they fail they can be jailed for perjury. Lies, even white ones, are unacceptable.

In families, schools, churches and temples we try to teach our children the value of honesty and that lying is wrong. Occasionally some “little white lies” are permitted as long as everyone involved knows they are “truth-lite”.

But international diplomacy is not about pants or face hair. Yes, it’s about people’s lives and wellbeing and one has to have some sympathy with the opponents of the WikiLeaks who say the release of many confidential emails will undermine their attempts to project and protect the national interest, which many of them are employed to do.

But diplomacy could also be about honesty, and that’s what is at the heart of the current debate.

Very few of those arguing in support of WikiLeaks’ actions really believe the world could exist if everyone was absolutely truthful with each other. They know that some “economy with the truth”[i] is needed to oil the wheels of communication between people and between different societies and governments. Just look at the endless stream of movies based on the idea of a person forced – by magic or commitment – to be entirely honest for just a day. Chaos ensues, people’s feelings are hurt and social relationships are turned upside down.

But economies with the truth are still, when all is said and done, lies. And as the WikiLeaked emails have shown, politicians, diplomats and many public servants frequently not only lie to other governments but they lie to their own citizens too.

In a famous scene in “A Few Good Men”, Jack Nicholson’s Colonel Jessep yells at the young military lawyer (Tom Cruise): “You can’t handle the truth!”

Then he rants about how soldiers on the front line live with truths those in the rear treat only as “punchlines”.

It has become one of the 20th Century’s most famous quotes because it says something deeply important about us and our societies.

We surround ourselves with jargon, obfuscations and diplomatic language to glue our communities and our international relationships together rather than risk the kind of damage we could cause if we really “can’t handle the truth.”

But strangely, one of the unintended consequences of the WikiLeaked emails is to find that, in a surprisingly large number of cases, we actually can handle the truth.

Things were said, criticisms made, which our political leaders would have us believe could provoke reactions ranging from hurt to missiles at dawn.

But that hasn’t happened – not yet, at least.

Those criticised have been remarkably sanguine because they have always known the public messages were frequently lies and the emails are only what the senders really think of them – which they knew anyway.

And everybody does it, everybody lies to varying degrees in international relationships, even with friends; as the Bush government demonstrated with its intelligence over weapons of mass destruction, especially to its friends.

Instead of increased instability, there has been a kind of catharsis ricocheting around the world.

“Is that what they really think? Well, that’s good to know.”

“She said that? Well, finally she tells the truth.”

One of the best examples of the cleansing effect of the WikiLeaks leaks surrounded Australian Foreign Minister Kevin Rudd’s reported assessment of China.

According to the Sydney Morning Herald, an email from US Secretary of State Hillary Clinton following a meeting in Washington last year described Australia’s China strategy as “’multilateral engagement with bilateral vigour’ – while also preparing to deploy force ‘if everything goes wrong’”.

Rudd is also said to have stated China’s leaders were paranoid about both Taiwan and Tibet.

The Herald writer, Daniel Flitton described the revelations as “explosive”, a good example of how even a respected broadsheet newspaper can get sucked into overblown hype by the WikiLeaks affair.

Rudd’s assessment seemed entirely modest by comparison and in line with most informed western China watchers’ analyses, give or take some minor quibbles. So what was the harm? The Chinese certainly don’t seem surprised or offended by it.

They know. We know. And now they know we know.

Welcome to a brave new world of diplomacy but please, kids, don’t try this at home.

One thought on “Don’t try this at home, children”