Welcome to The News Manual Now, a site for those interested in journalism and the media  – not just the theory but how they really work. This site grew out of a frustration with the behaviour of large sectors of the media in which I have worked for more than 40 years. There are plenty of people ready and able to criticise the media, but relatively few practitioners are prepared to speak out to reveal that King Media is often dressed in rags. If we can’t be honest about ourselves, how can we expect readers, viewers and listeners to trust us?

This is a mostly solitary labour of love for the profession that has enriched my life. While I am helped and nourished by friends and colleagues, I believe every news hound should leave the pack as often as possible to find his or her own path and examine their own work. 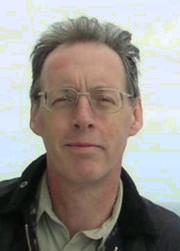 David Ingram has worked as a journalist, educator or media manager most of his adult life. After graduating from the University of Sheffield in England, David joined the Grimsby Evening Telegraph in his home town as an apprentice journalist. After qualifying through the National Council for the Training of Journalists and working as a senior reporter, feature writer and sub-editor, he and his wife were sent by Voluntary Service Overseas to Tari in the Southern Highlands Province of Papua New Guinea, where David taught high school. On returning to Britain, he worked in the newsrooms of regional daily newspapers and the then fledgling commercial radio. He returned to the Pacific in 1984 to establish the region’s first journalism degree program at the University of PNG, working first with Alan Chatterton and then with Peter Henshall. Together they taught both the degree and diploma journalism courses to students drawn from throughout the region. David specialised in broadcasting and, with the help of aid funding from Japan, built radio and television production facilities at the university. On migrating to Australia, he joined SBS as radio trainer before spending three years as a freelance training consultant. During this time he taught in the Pacific region, co-published ‘The News Manual’ and served as one of only two professional broadcasters on a body which gained a licence for Sydney’s first full-time ethnic community radio station, 2000FM. In 1994 he returned to SBS Radio as the corporation’s first National Training Manager. Between then and his retirement from full-time journalism education in 2007, with his guidance SBS became the first professional broadcasting organisation in Australia to become a Registered Training Organisation. He now works as a media and management consultant based in Sydney.