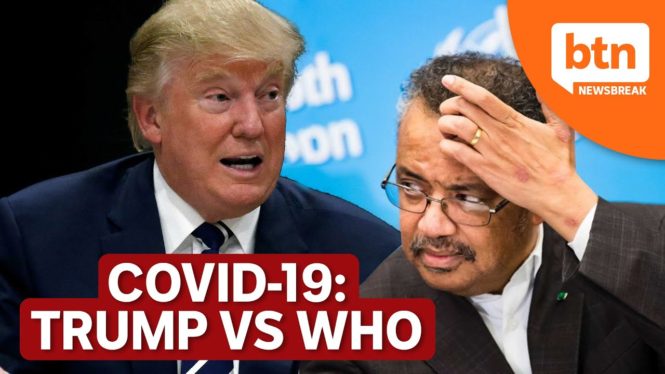 In the days before the digital revolution, discovering truth seemed a relatively simple matter – we found people we could trust and (generally) went with what they said.

While this didn’t guarantee success – the ordinary followers of Hitler, Stalin or Richard Nixon proved that point – it was at least something most of us could understand and apply. It was common-sense behaviour.

With the digital age and especially the advent of the Internet and social media, things have become a lot more complicated.

Information is everywhere; it’s shared between friends and around the world millions of times a day, but the truth seems ever more elusive. We’re losing the ability to determine who to trust – a skill that journalists in particular need above all others.

So, let’s try to put some science back into common sense and use it to fight the scourge of the 21stInformation Century – fake news.

As we’ve seen in previous articles, fake news – like excessive alcohol or drugs – has a two-fold effect: it dulls our senses and it stops us seeing how dull our senses have become.

Fake or false news delivers incorrect information about things we may need to rely on and it can undermine our confidence in our own judgment, especially when we find ourselves repeatedly duped. Not only do we mistrust the source of the fake information, but repeated exposure shakes our faith in genuine, truthful news and in our own judgment. Can we even trust ourselves?

For good journalists, issues of trust and our confidence in exposing fakery are at the very heart of who we are and what we do – the same way pitch-perfect hearing is important to a piano tuner or balance is vital to a gymnast.

No-one is born with the innate ability to tell truth from lies; it is a skill that comes with experience and honest self-examination. This is why older journalists often shake their heads at the gullibility of younger reporters. Why could they not see that a certain piece of information was false?

There are really no short cuts to wisdom, but there are tools journalists can use in the battle against fakes, falsehoods and downright lies.

One of these tools is the Trust Chain we’ve written about already, which basically requires tracking questionable information back to its source, to identify whether or not it is trustworthy.

The second tool is the Lose/Gain Test.

If you know the source of an important item of questionable or contested information – not simply who has repeated or retweeted it – ask yourself:

Anyone can be tested

As a journalist, you can apply the Lose/Gain Test to all sources of information, facts and opinions. It is simply good journalism practice to question the motivation of anyone claiming to be telling you a fact, particularly one that is not immediately obvious or is hard to verify or which runs counter to what are already established and trusted facts.

If the witness to a tragedy tells you they saw “hundreds of people” running from a burning factory but you know the building would not contain that many people, you would naturally question them more deeply to get a more accurate number. You might ask them: “How many do you mean? Dozens? Around fifty? More than 100?” Under calm, structured questioning many people will be able to give more accurate estimates and you can report these with greater confidence.

In many cases, someone may consciously (or subconsciously) give you untrue, exaggerated or misleading information for their own benefit – maybe to make themselves seem more important or maybe less involved. Again, as a journalist you must develop your ability to sense inconsistencies or detect when people are not being wholly honest. You must ask yourself why the informant would want to exaggerate or lie.

Questioning someone’s motives is a useful tool for many professions such as medicine, law, teaching, banking or even religion. But it is essential in journalists who might otherwise be used to relay untruths to our trusting audiences or act as a propagandist for dubious causes and ill-intentioned people.

Journalists are reputed to be cynical, but in reality we should just be sceptical; we should not think everybody lies, we should just assess the truth or otherwise of specific things they say. For more on the difference between scepticism and cynicism, you can read this article in the Columbia Journalism Review.

The Lose/Gain Test is most usefully applied when people are claiming special expertise on a subject.

If an ordinary person expresses an opinion or claims a fact, it may not have much effect on your readers, viewers or listeners. After all, they come across untruths all the time in their everyday lives so they don’t expect others to always tell the truth and they don’t usually build their lives on what they hear from unqualified or untested informants.

But people do rely on experts to provide trustworthy information in their specialist fields. Without such trust, modern complex societies could not operate.

In discussing Trust Chains, we see how a journalist must track important information back to its source, to find out who said something originally and whether they can be trusted. You must authenticate their expertise.

Words do not exist in isolation – much depends on who is saying them. At present, an ordinary person’s views on coronavirus, while interesting or even entertaining, should not carry as much weight as a recognised expert on viral diseases. That is the way modern societies are organised and over recent centuries it has proved to be beneficial – often life-saving – in a host of problems that need solving, from health through to road safety.

But sometimes experts disagree, even in their own fields, so we must try to look beyond the contradictory opinion and examine each person’s motive for saying what they say.

This is not new or especially complicated. People do it all the time in their everyday lives. When they ask a shopkeeper for advice or watch an advert on TV, they ask themselves “Why are they recommending this product over that product?” Perhaps the shopkeeper is genuinely considering the customer’s needs but maybe they just want to sell some old stock. Maybe the advertiser really believes their product is the best quality and value but certainly they want people to buy it rather than someone else’s.

The Lose/Gain Test is simply a journalist’s tool for examining motives more objectively when checking the truth of someone’s opinion or unearthing falsehood.

For example, during the height of the COVID-19 crisis in May 2020, public health experts were advising against airline travel unless severe restrictions on “social distancing” were put in place while boarding, seating, serving passengers and disembarking. The airlines, on the other hand, were arguing that aeroplanes were very safe environments in that circulated air was changed frequently and flowed mainly downward from above each passenger, not horizontally between passengers.

Both sides made very compelling arguments, so who was a journalist to believe?

Of course, the objective path was to present both cases honestly and accurately and leave your readers, viewers or listeners to decide.

However, objectivity does not only mean presenting all sides of an argument. Journalists must also act as guides in delivering useful information – and not delivering falsehoods – so we are expected to examine some arguments more critically than others.

In the aeroplane example above, you can do the Loss/Gain Test by asking what each party has to lose or gain by promoting their argument.

The engineers working for the airlines or aeroplane manufacturers will mostly be inclined to support their safety argument because they are paid to do that or they are confident or proud of their expertise. They have a lot to gain. What do they have to lose? Perhaps very little, especially if their colleagues and employers support them and the travelling public want to get back into the air.

Now look at the health experts, using the Loss/Gain Test. What do they have to gain by advising people against airline travel? They will have no personal interest in dissuading people from flying. They may even want to fly themselves – which means their advice is actually a personal Loss for them. What do they have to gain? Well, maybe they wish to seem clever but it unlikely they are being paid by someone in competition with the airline industry, for example bus or train companies. In the case above, the health experts urging caution were usually employed by state and federal governments eager to get people flying again to help with economic recovery. In this case, they had little to gain and much to lose from being untruthful.

At the time of writing, while there is one side ahead in the Loss/Gain Test – the health experts – there is no undisputed winner. That will only be determined when people begin flying again, when it will become clear which side was correct.

And just because the airlines and their engineers may be beaten by the health experts in this Lose/Gain Test, it does not mean they were necessarily lying (i.e. deliberately giving false information), but it does mean that they were taking great risks with the truth, something a good journalist should call out whenever you encounter it.

It is also worth remembering that just because an expert is paid to say something does not automatically mean it is untrue – just that it needs an extra amount of checking.

For example, pharmaceutical companies employ highly-qualified heads of research who will speak glowingly about the beneficial effects of a drug they have produced, This does not, of itself, mean they are lying or that the drug is not what they claim. But it does mean that journalists must dig deeper to check the truth or otherwise of what they say. They must research their claims more carefully and seek opinions from other, independent experts in that field.

For decades, the tobacco industry claimed smoking was not as dangerous for people’s health as independent health experts said. But in the end, the tobacco company experts were proved wrong – either fooling themselves of lying to fool the public – with disastrous consequences for their victims.

Looking back, the truth often becomes obvious, but at the time a Loss/Gain Test is not usually either simple or easy to apply. Conflicting arguments are seldom clear-cut or consistent. But the test does give journalists some guidance in how they should proceed with conflicting opinions or even apparently strange arguments, either from experts or from ordinary people.

And perhaps we should find comfort just how simple and common-sense the test can be, by recalling a famous incident in Britain in 1963. It happened in a court trial during the high-profile “Profumo affair”, a scandal that developed when British War Minister John Profumo was revealed to have been visiting a prostitute who was also seeing a military attaché at the Soviet Embassy. When the other prostitute involved, Mandy Rice-Davies, was told in court by a defence lawyer that the British aristocrat Lord Astor had denied an affair or even having met her, she replied “Well he would, wouldn’t he?”

The case has echoed down the decades, to give us the Internet slang “MRDA”, an abbreviation for “Mandy Rice-Davies applies”, to indicate that the writer is sceptical of a claim due to the obvious bias of the person making the claim.

If someone has a lot to gain and little to lose from what they say, they should be treated more sceptically and examined more rigorously than someone who has nothing to gain and may even have something to lose.

But both should be viewed critically, as good journalists should.