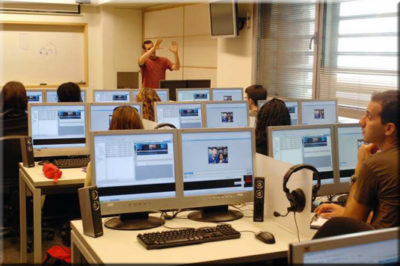 There has long been hostility between media academics and conservative journalists, but the Finkelstein review has opened up a new and bitter war of words between the two camps. Why has it come to this and can they both be wrong?

The story so far: Acting on growing complaints and spurred on by the News of the World phone hacking scandal in Britain, an Australian inquiry chaired by former Federal Court judge Ray Finkelstein recommends, among other things, greater external regulation of the local print media. The major newspapers oppose this and the most vociferous, The Australian, blasts the nation’s media academics for supporting Finkelstein. Thirty-five journalism educators sign an open letter condemning The Australian for shooting the messenger, one of the greatest indictments that can be levelled at a professional hack. Now read on.

Animosity between newsroom and classroom goes back at least as long as we have been teaching journalism in universities, probably longer.

Certainly when I graduated in 1972 with a degree in psychology and applied for a journalism apprenticeship (cadetship) on my hometown evening newspaper the editor warned me in no uncertain terms he had tried two god-awful graduates in two years and if I failed he would never employ another. Fortunately for all concerned, I worked out well, but crusty Frank Shelton’s animosity towards graduates was common throughout senior ranks in British newspapers and it was some years before journalism was taught as a discipline in that country’s universities.

Australia took up the university challenge earlier, initially mainly through Colleges of Advanced Education and Institutes of Technology, but the same deep suspicion of dilettante intellectualism polluting hard-nosed journalism existed at senior management level in print media here too. Despite almost all Australian universities today producing young journalists, there still lingers among hard news managers the view that the old hands usually need to purge those young minds of any fancy and useless ideas they may have picked up during three years at university and teach them real journalism skills “on the job”.

So who do today’s grumpy I-came-up-through-the-ranks editors and chiefs of staff blame for this parlous state of affairs? Their ancient enemies, the dilettante intellectuals of academia, people on alleged lifelong tenure protected from the harsh economic realities of the cut-throat newspaper world, often ex-journalists who, if they could, would and who, because they can’t, teach.

Professional journalism educators, for their part, resent what they see as philistine hacks degrading the noble calling of objective journalism by turning the profession’s moral high ground into a midden with sensationalism and shady practices masquerading as campaigning for truth. The fact that anyone in their right mind could think the News of the World was a great institution defending democracy proved to many media academics that those working in the grubby end of tabloid journalism have fallen for their own deceits.

In many ways, these ancient animosities are as much the cause of the latest round of name-calling as the issue of media regulation. The signatories of the open letter to The Australian – numbering some of this country’s most distinguished journalists – with some justification accuse the paper of shooting the messenger, of playing the man, not the ball.

The empire strikes back?

It hasn’t helped that both the now-defunct News of the World and its embattled sibling The Sun are News International imprints, direct cousins of The Australian and its kinfolk at the hillbilly end of the News Corp family, papers like Sydney’s Daily Telegraph and Melbourne’s Herald Sun. However, while it would fit the script to see this scrap as only about the beleaguered News empire versus their traditional latte-sipping, bleeding heart pinko nemeses, such sober journals as the Sydney Morning Herald and The Age also oppose Finkelstein’s key recommendations, albeit with more grace.

Tellingly, the Australian article by Associate Editor Cameron Stewart quoted media academics like John Henningham who shared the newspaper industry’s concerns about the threat to freedom of speech posed by more stringent regulation than the current system of the industry-financed Australian Press Council.

Broadcasters, of course, have been subject to regulation and self-regulation for generations and seem to survive reasonably well, putting aside transgressions such as cash-for-comments or various scandals involving people like Kyle Sandilands.

But the print media have always resisted attempts at control beyond whatever is required by laws such as defamation and contempt. They argue, with some justification, that broadcasters use scarce publicly-owned radio spectrum and so should expect some civic oversight by bodies such as the Australian Communications and Media Authority (ACMA).

You don’t need a licence to produce a newspaper in Australia, so theoretically anyone can start one, the marketplace is almost infinite and therefore regulation should be left to the free market, i.e. readers.

And all could be well if it was not for those pesky things called “journalistic ethics”, because those, in essence, are what underlie the almost constant internecine war between the newsrooms and the classrooms, the battle between “town and gown”.

Yes, there is disagreement about the quality of journalism education at universities. At the risk of oversimplification – a common journalist failing – many in the industry believe universities churn out too many journalism graduates more suited to marketing than to news reporting, with poor shorthand, little dedication and a general aversion to long hours of hard work for low pay. The universities conversely feel that employers take their well-crafted, enthusiastic and well-informed graduates and turn them into crass automatons, their questioning minds and evolving ethical sensibilities dulled, desensitised and compromised; they produce Ferraris that are used as garbage trucks. The newspaper editors say what they want are efficient, reliable Holdens.

But what gets older newspaper editors and senior executives fuming most is what they see as media academics constantly sniping over the ethics of journalism.

As Stewart suggests in his opinion piece, it is easy for academics in ivory towers to condemn journalists as unethical; they don’t have all the pressures of putting out a daily or weekly newspaper, of filling the pages, finding advertisers and – most important – attracting readers in an environment gorged with competition from television, radio, online journals and even the Twittersphere. Even the photo accompanying Stewarts article is captioned accusingly:  “Each day in a newsroom, working journalists race against the clock to try to cobble together coherent and accurate stories, a challenge that too few academics have experienced.”

Putting aside the qualifications of journalism academics who are frequently former hard-nosed hacks, there is envy in the accusations. Many working journalists would love to have the time to discuss the ethics of news coverage, but it just does not happen with any regularity in most newsrooms until a complaint comes in. University is often the last chance many journalists get to ask whether what they are about to do is right or morally defensible, the last opportunity to say no.

Once on the treadmill, pragmatism rules.

Whenever I find myself wondering what happened to many of those bright young journalists universities have graduated over the years, I cast my mind back to when I was starting out as a callow, know-it-all graduate cadet.

I recall the constant horror of being sent out on a death-knock assignment, to get an interview with the grieving family of someone newly and newsworthily dead. I always knew it was intrusive, an invasion of their privacy at the worst time in their lives. But I convinced myself I was recording the passing of their loved one for posterity. I even tried that muttered excuse a couple of times, to be met with uncomprehending stares. But I did it all the same. I justified it in a way I could never seriously defend in front of a class of journalism students.

If media educators and news executives remember their own first faltering steps in journalism, cast their minds back to when they knew more about what they should do than what they could do, there might be some kind of meeting of minds – even if only in memory.

NOTE: Since The Australian newspaper now puts most of its material behind paywalls, some of their links above may not lead to full articles without subscription.

3 thoughts on “Endless war between newsroom and classroom”