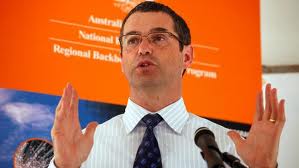 [This article was first published in May 2012.]

As SBS makes its final preparations to absorb the National Indigenous TV channel in July, Aboriginal and Torres Strait Islander Australians have to take it on trust they’ll actually get a place on the SBS Board. [See Update at end of this article.]

Expressions of Interest for two Board vacancies close on Friday (11 May) and although the Department of Broadband, Communications and the Digital Economy have their fingers crossed that good Indigenous candidates will apply, there is no guarantee one will be selected.

Minister Stephen Conroy has inserted a special clause into the selection criteria that: “Aboriginal and/or Torres Strait Islander people are encouraged to apply”, but actually selecting a successful candidate will rely to some extent on the independent Nomination Panel getting the message that Senator Conroy really does want to see an Aboriginal or Torres Strait Islander director on the SBS Board this time round.

The careful balancing act he and the Nomination Panel must achieve is in getting an outcome the Government wants without compromising the arms-length independence of the panel the Government itself created. Chairman Ric Smith and his fellow panellists Prof Allan Fels, Leneen Forde and David Gonski are entitled to consider any special requirements of both the ABC and SBS in producing a shortlist of nominees for the Minister to consider, and Senator Conroy has the last-resort option of putting in his own choice from outside their list, but this Government would clearly prefer to avoid any taint of impropriety at the moment.

And Senator Conroy could be forgiven for being especially sensitive to the issue during the current round of SBS Board appointments as it will be a test of whether or not he can keep faith with Indigenous Australia following his decision to hand NITV to the multicultural broadcaster.

When he announced last year that SBS would take over the Indigenous channel and its $15 million annual budget there was deep disquiet in Indigenous Australia that yet another initiative empowering their own lives and cultures was being rolled back.

They had been used to the heavy-handed “new paternalism” of the Howard government, as The Age headlined the Coalition’s indigenous policies in 2006, so they expected better of the Labor government.

But faced with nagging criticism from both within and outside Aboriginal communities that NITV had “yet to fully meet the expectations of its stakeholders and to fulfil its potential” – as the Stevens Review in 2010 claimed and NITV repudiated – and mindful that even a Labor government could not sustain three national broadcasters, Senator Conroy’s decision, while hurtful to many, surprised few.

And it does what many in the Aboriginal communities wanted by providing national coverage on a free-to-air network, due to start broadcasting later this year. (Until then existing NITV cable and satellite transmission arrangements will continue.)

Following the Minister’s announcement, negotiations between SBS and NITV managements began almost immediately on how to carry out the integration in the most efficient and least destructive manner, a major concern for the NITV program makers and their viewers.

Although both sides have signed confidentiality agreements not to divulge the nature or outcomes of any arrangements before presenting the finished deal to the Minister, it is known that initial talks were not wholly cordial. There were deep suspicions, especially over the maintenance of a distinctive indigenous voice on the new channel, on how editorial control would be exercised and on whether there would be an Aboriginal or Torres Strait Islander Director on the SBS Board to protect their interests.

And it was illuminating to observe that when negotiations started SBS publicly preferred to speak of providing an “indigenous service” despite the Minister’s insistence that it would be a distinct channel, albeit not necessarily packed wall-to-wall with Indigenous issues or programs.

The selection of Board members has never been in SBS’s hands, being the prerogative of the Government, but it is believed that negotiations in recent months on other matters have been more collegial and constructive.

This could in part be due to the replacement of some SBS executives under new Managing Director Michael Ebeid and the handing of responsibility for the project to Ken Shipp, an experienced SBS hand who made his bones during several years of managing SBS Sport with mercurial talent such as Les Murray. It probably did no harm that NITV’s main product is its football coverage.

While there are apparently still many issues to be addressed before transmission starts in less than two months, the appointment of an Indigenous board director is important for two main reasons.

One is that it will send a strong signal that Aboriginal and Torres Strait Islanders Australians are being included at the most senior level of decision-making over their channel.

The second is that an active, informed and energetic appointee will bring a rigour to the oversight of program-making for and about Indigenous Australians that is critically important if the channel is to have any credibility amongst Aboriginal viewers and among members of the wider community who think trust matters.

Two of the selection criteria state that preferred candidates should have “an understanding of the issues affecting Aboriginal and/or Torres Strait Islander people and/or an ability to communicate sensitively and effectively with Aboriginal and/or Torres Strait Islander people”, but most people with any knowledge of how these processes work will recognise that such selection criteria could be applied to any number of good, well-credentialed non-Indigenous candidates.

Many in the Indigenous community believe only an Aboriginal person or Torres Strait Islander will truly be able to understand and represent their best interests.

Adding further impetus, if it is needed, is the fact that, unlike the ABC, SBS has had a long and generally successful history of Indigenous board members, despite its more multicultural Charter and the relatively small amount of Aboriginal or Torres Strait Islander programming on its radio and television services.

It is now six years since the last Indigenous director, North Queensland business and civic leader Joseph Elu, sat on the SBS Board. He was not replaced by the Howard government, a decision which some saw as another example of what critics said was as a policy of disempowerment of Aboriginal and Torres Strait Islander people.

The Rudd and Gillard governments have managed to address some of the ideological remnants of the Howard years as far as multicultural Australia is concerned with the appointments to the SBS Board of Ebeid, Chairman Joseph Skrzynski, Deputy Chairman Bulent Hass Dellal and director Elleni Bereded-Samuel and the reappointment of Patricia Azarias, thereby reasserting a balance to the Board which at one time had only one “non-Anglo” member, Chairman Carla Zampatti.

Now the test is can they do the same for Indigenous Australians.

Meanwhile, running noiselessly alongside the SBS appointments is a similar process to fill two current vacancies on the ABC Board.

Considering that over the years the ABC has shared a lot of the heavy lifting on Indigenous programming on both its radio and television channels, the fact seems to have gone largely unnoticed in white Australia that the national broadcaster has had only one Indigenous Australian on its Board in 80 years, Neville Bonner who left in 1991.

An Aboriginal appointment this time round might also be timely, especially someone to hold the ABC to its stated aim of 2% Indigenous employment by December 2012, a target of which it is still woefully short, employing only 69 Aboriginal or Torres Strait Islander staff in its 4,500 full-time equivalent workforce.[1]

Word has it there are several very strong Indigenous candidates thinking of throwing their hats into the rings for the ABC and SBS appointments this time round, so maybe the unthinkable might happen and both national broadcasters could end up with an Aboriginal or Torres Strait Islander board member.

That certainly would be a feather in Senator Conroy’s cap.

[This article was originally published in DogBitesMan.net in May 2012.]

UPDATE: Minister Conroy did, in fact, deliver an Aboriginal and Torres Strait Islander director to the SBS Board. In November 2012 he appointed Dot West, who had worked in the media industry for 30 years. She had served on numerous boards including NITV, Screenwest, Australian International Documentary Conference, the National Indigenous Radio Service, Goolarri Media Enterprises in Broome and Ramu Productions, and was Chair of the Indigenous Remote Communications Association.

Seven years later, the ABC is still waiting for an Aboriginal and Torres Straight Islander board member.