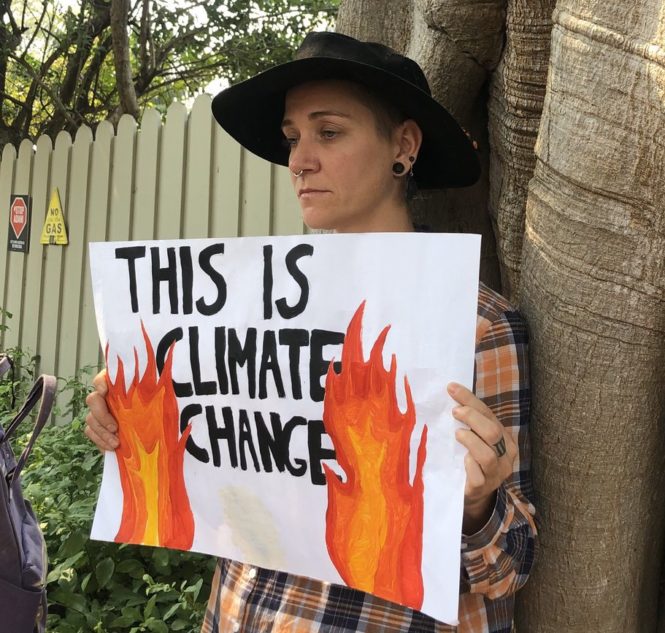 Does everyone have the right to express their own opinions?

At the height of Australia’s bushfire emergency, Michael Pengilly, the conservative mayor of Kangaroo Island in Australia, became just the latest to perpetuate this shibboleth.

In a strange but not uncommon attack on climate scientists in general and on former US president Barack Obama in particular, Mayor Pengilly was reported by the ABC network as saying climate change was “not connected” with the Kangaroo Island fires, since bushfires would had regularly ravaged the island even before European settlement.

“They would have just burned themselves out until they got rained on,” he said.

He seems to have been especially offended by Mr Obama’s temerity in re-tweeting a New York magazine article criticising the lack of international media coverage of the cataclysmic bushfires devastating lives, land and wildlife across Australia.

Mayor Pengilly called Mr Obama “so, so foolish” in his pronouncement.

“My respect for you has totally evaporated. Pathetic,” Mr Pengilly tweeted to the ex-president, although the man who was once the most powerful person in the world is unlikely to have lost much sleep over losing the Kangaroo Island mayor’s respect.

And there it might have ended, had others not joined the obscure Twittering to condemn Mr Pengilly and been immediately censured by him in return.

“They’re trolls having a crack,” he said of his critics. “You’re not allowed to have an opinion.”

And that is the crux of the matter – the so-called “right” of every individual to have and to share their opinions on any matter, at any time and in any way they see fit.

Mr Pengilly was not the first – or even the million-and-first – person in the democratic world to claim such a “right”. But does it exist?

Australian Attorney-General George Brandis thought something similar when he told his fellow Senators in 2014 that “People do have a right to be bigots you know.”

Admittedly Senator Brandis – Australia’s top law officer at the time – soon back-pedalled in the face of condemnation, ridicule and the fact that numerous Australian laws didn’t actually support his view.

And he could be forgiven for believing what he said, if only from reading his own Department’s declared policy which stated: “The right in article 19(1) [of the International Covenant on Civil and Political Rights to hold opinions without interference cannot be subject to any exception or restriction. The right in article 19(2) protects freedom of expression in any medium, for example written and oral communications, the media, public protest, broadcasting, artistic works and commercial advertising. The right protects not only favourable information or ideas, but also unpopular ideas including those that may offend or shock (subject to limitations).”

But then comes the stinger in the tail: “Freedom of expression carries with it special responsibilities and may be restricted on several grounds.”

Those limitations include: “… by law and when necessary to protect the rights or reputations of others, national security, public order or public health or morals.”

Essentially then, the ICCPR promotes unlimited freedom of opinion and expression except in cases where it is restricted.

So there is no absolute right to express an opinion.

Mayor Pengilly and other like him certainly seem to feel their opinions on climate change and extreme bushfires are as valid as, say, the combined research of tens of thousands of climate scientists, thermogeographers and fire ecologists.

Perhaps they’re just the unthinking dupes of the modern conceit that all opinions are equal and equally valid. While very few people would risk their personal health by accepting the opinion of the local greengrocer over their doctor, on matters as important as climate change and bushfires, people such as Mr Pengilly seem to have abandoned all common sense. They are, of course, partly victims of the equalising forces of new and social media and partly collateral damage from the current fad for “facts are what I say they are” espoused by current US President Donald Trump on down.

Or perhaps in Australia they have been lulled into believing (a) all countries have free speech protections similar to those in the United States Constitution and (b) its First Amendment permits anyone to say anything.

While the US Constitution does play an important role in protecting freedom of expression, even it is not without limits.

Categories of speech that are given lesser or no protection by the First Amendment include obscenity, fraud, child pornography, speech integral to illegal conduct, speech that incites imminent lawless action, speech that violates intellectual property law, true threats, and commercial speech such as advertising.

Additionally, the US Supreme Court (in Gertz v. Robert Welch, Inc., 1974) decided that there was “no constitutional value in false statements of fact”, though it has subsequently been left to the courts themselves to determine how far to extend First Amendment immunity to lies and false statements and when to exclude them from its protection.

Of course, freedom of opinion and expression can be a very precarious and arbitrarily-protected right in oppressive, authoritarian regimes, but around the democratic world it is more valued and, ironically, more abused by a host of people who should know better.

While one might expect people and companies with what one might call “skin in the game” to obfuscate, exaggerate, misdirect or even lie when giving their opinions on matters that directly affect their wellbeing, sense of self or bottom line, one enduring tragedy is how quick professional journalists are to abandon objectivity and common sense.

Even more worrying is their willingness to clothe their own bias in the cloak of the individual’s right to express opinions. Too many journalists who claim to be objective trot out the tired old sore “I was only reporting someone’s opinion”.

In Western nations, is modern democracy itself partly to blame? Whereas once citizens would elect their leaders for three or four years and leave them to get on with the job, nowadays the election cycles are so constant and nuanced that their votes matter every day. Every political policy is constantly being monitored by opinion polls and media coverage. This may result in policies being more timely reflections of popular attitudes, but it also means politicians and cashed-up lobbyists such as the coal industry and agribusiness are engaged in daily battles for the electors’ hearts and minds, hoping to transform them into votes on polling day.

Again, this might not be so bad were contests of ideas always victimless; but they are often not.

Putting aside the difficult-to-grasp concept that the lives of future generations will be blighted by current leaders getting it wrong on climate change – global heating not being as easily correctable as economic or social policy, for example – there are often real, present-day victims of views that many opinionators think are their right to express.

Every time a moralising homophobe delivers an opinion on homosexuality, somewhere a young gay boy or girl suffers more torment. Every time a misogynist repeats the tired trope about women not being as good as men, a young girl has here dreams crushed, a young boy strengthens his sense of unearned, undue privilege.

Opinions actually do matter. The positive ones have potential to nurture, the negative ones have the power to destroy – which is, after all, why many bitter people make them in the first place.

Nowhere is the right to freedom of opinion more misused than by so-called libertarians and others on the conservative end of the political spectrum.

While progressive on the left fall over themselves to let other people express opinions, those on the right of politics have no such compunctions.

So let’s be clear.

If you keep the opinion to yourself, you can harm no-one by it.

For more on how journalists should treat facts and opinions, see Chapter 56: Facts and Opinion in The News Manual.

And finally, let’s remember that, with very, very few exceptions, no-one regards themselves as wicked or sees their own behaviour as evil. We all like to think we’re the good guys, the cowboys in the white Stetsons, and that our opponents are the bad, black-hatted brutes. Even Hitler thought he was doing good for the Aryan world and that the Jews, Russians and Winston Churchill were the baddies. And while Mayor Pengilly is more ill-informed than he is evil, he’s just at a different end of the same path … and we know where that leads.

In one sense, opinion can simply be a reaction to something that has happened, a fairly benign response, a letting off of steam quickly dissipated. However, given credence and sufficient spin from fellow-travellers, social media and journalists, opinions can themselves become the start of actions, the spark that lights a fire that is fanned into a blaze.

Then more gets hurt than someone’s feelings.