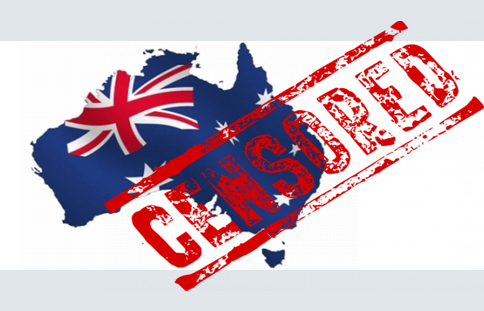 [This article was first published in April 2014]

Two events over the past few weeks have reinforced – if any further proof were needed – that honesty is the best policy in the complex world of international broadcasting.

The first was the release of an Association for International Broadcasting analyses of rumoured plans by the recently-elected conservative government of Australia to cut off funding to the nation’s 20-year-old overseas television service, Australia Network, in its May Budget. The threat is widely seen as payback for the perceived failure of the ABC – which runs the Australia Network – to promote Australia more positively overseas and criticise it less.

The second was a decision by the Russian Government not to renew the contract for the US international broadcaster Voice of America to beam programs from transmitters within the former Soviet republic. The ban also includes the Cold War leftover Radio Liberty. The man responsible for evicting VoA, Dmitry Kiselyov, has called the American broadcasts “spam on our airwaves”.

What links these two events? They are both about trust.

In the case made by the AIB analysis, it is about a government throwing away a level of trust the Australian Broadcasting Corporation has rebuilt into the Australia Network since the previous provider, commercial Channel Seven, abandoned its contract in 2001 because they couldn’t make it pay.

To be fair, even fans of the Australia Network admit its programming – especially to important non-expatriate markets in Asia and the Pacific Islands – has been less than glittering, though with a budget of less than $25 million a year (US$22 million), that is understandable. But at least its schedules draw on programs sourced largely from the ABC and buoyed by the Australian national public broadcaster’s hard-won reputation for honesty and political impartiality.

Of course, defenders of the Australia Network say this is exactly what annoys the Abbott Government – the ABC’s independence and willingness to criticise those in power.

Interestingly, those on the political right of Australian politics – especially politicians and their fellow ideologues in the Liberal and National Parties currently forming government in Australia – were silent on alleged ABC bias during the six years when the broadcaster was holding the Labor government to account. During those six tumultuous years under Kevin Rudd and Julia Gillard, the centre and left in Australia did what they always do about the ABC – they continued to fund the broadcaster to the tune of about $850 million a year and take on the chin the criticism it handed out.

The right wing in Australia has no such compunctions. Prime Minister Tony Abbott said recently the ABC should be promoting the country more, not criticising it abroad as often as it does. Abbott and his colleagues see no difference between the “government” and “the nation” and cannot understand that often the media has to criticise the politicians in power in order to best support the citizens those politicians were elected to serve.

This is one of the cornerstones on which a free and fair media is built – that it criticises all parties without fear or favour – and one of the arguments put forward by the AIB. Admittedly, the organisation represents international public broadcasters whose members want as little interference in their operations as possible. In the case of public broadcasters in western democracies, this typically means independence from home government interference.

But the AIB case – which the association’s Chief Executive Simon Spanswick says may help people “fully understand the role and importance of Australia Network” – comes from a long and honourable tradition in western democracies that the benefits of a free press far outweigh the negatives.

No government likes to be criticised, especially not by state-funded media. They see it simplistically as “biting the hand that feeds them”, forgetting, of course, that the hand belongs to the whole citizenry of the country, not to whichever party happens to be in power at a particular time.

But sensible governments know that criticism is one of the prices to be paid for living in a democracy and that the alternatives – be they a compliant media or concealment – are usually not productive. Evidence of that are the Abbott government’s bungled attempts to block news of asylum seekers sailing to Australia or being held in detention camps in Papua New Guinea. In the absence of official information, the media naturally assumed the government had something nasty to hide, as did the general public. There is a traditional assumption in most countries that people only hide things of which they should be ashamed.

The truth, the whole truth and nothing but the truth

The same goes for partial truths. The oath that witnesses are commonly required to swear in court – to tell the truth, the whole truth and nothing but the truth – acknowledges that telling only a partial truth can be tantamount to a lie.

Thus any newspaper, radio or television network that tells only good news about a country will not only lose credibility but will also be seen as hiding something worse. Far from promoting Australia, an ABC that broadcasts predominantly favourable news and information will only sully the nation’s image overseas. When the truth really matters, no-one will believe them.

As the AIB analyses says: “It is important to note that a key result of broadcasting propaganda is a significant and long-lasting diminution of trust in those sources by listeners and viewers. The lack of critical information devalues the worth of the output.”

And the reports shoots down the old argument that viewers in the Asia-Pacific won’t know when the Australia Network, the ABC or any other international broadcaster is telling half-truths.

“It is also important to remember that as increased sources become available, it is no longer possible for nations to ‘spin’ unremittingly positive stories as once they could,” says the report. “Journalists increasingly make use of social media to tell stories, and news breaks on social media platforms. As more and more of people carry ever more sophisticated devices in their pockets that provide instant access to multiple information sources, the role of broadcasters delivering reliable, credible, unbiased news has never been more important.

“People want to be able to check information delivered via social platforms with reliable brands that they trust. International broadcasters in advanced nations such as Australia are part of those reliable brands and it is vital that governments that fund such operations do not interfere with the provision of credible information to audiences in regions they wish to influence.”

The AIB says Australia, as a stable, prosperous and democratic nation that is also an important regional power, should be a beacon of free speech and unbiased, reliable news.

The association briefing paper also supports the not insignificant economic case for leveraging the trust our regional neighbours have in “Brand Australia”. The quality of Australia’s education, financial, IT and health services – to name a few – do not exist independent of Asian consumers’ ability to trust the product or service they buy. If the country’s national broadcaster cannot be trusted to fulfil its charter obligations, how will that reflect on other sectors of our economy?

Ironically, the AIB analysis and rumours of possible cuts to the Australia Network came just before the ABC announced it is signing a new deal with the Shanghai Media Group to make Australia International multi-platform content more easily available to broadcasters within China through a dedicated web portal. The deal is said to have the support of the Shanghai Municipal Administration of Culture, Radio, Film and TV, i.e. the Chinese government.

Which is probably a good point at which to mention of the recent actions by the Russian government against Voice of America.

To disinterested observers it might seem ironic  – and bleedingly obvious – that Russia, which seems historically unable to refrain from controlling its media, would try to stop programs from Voice of America, a broadcaster tasked in 1947 by the United States Congress to beam pro-western propaganda into the old Soviet Union and other communist or socialist states.

Of course, there have always been tensions in the airwaves at these interfaces of ideology and almost constant attempts by Russia to jam signals from VoA, Radio Free Europe and Radio Liberty, all of which operate under the purview of the Orwellian-sounding Broadcasting Board of Governors. For a while in the aftermath of glasnost and perestroika, those tensions ebbed and Moscow even allowed VoA to use its AM spectrum to broadcast into the heart of Russia.

That contract for 810 AM will now not be renewed, probably because of VoA’s recent coverage of the Russian invasion of Ukrainian Crimea, though officially because it broadcasts what Dmitry Kiselyov, head of the state news agency RIA Novosti, calls “spam”.

The BBG is outraged, but they will find it hard to gain much sympathy outside the confines of the State Department and its overseas missions because VoA is, at heart, a service set up to promote US interests and few people who care about media freedom will leap to the defence of what, in some eyes, will always be seen as a propaganda service.

Which is sad, because VoA tries to behave like real professional journalists, obeying its Charter and reporting even-handedly on American and world issue. And its services are welcome in many parts of the world where real press oppression is enforced. But the inescapable fact is that Washington controls it and its fellow broadcasters as arms of US foreign policy. The BBG is made up of governors appointed to represent both parties in Congress and the Secretary of State sits as an ex-officio member. These people are not at arm’s length from government, not in the way the boards of the BBC, ABC or even the Special Broadcasting Service are set up to be.

The stations of the BBG are the kind of broadcasters it seems Tony Abbott and his government want the Australia Network, Radio Australia and even the ABC itself to emulate.

If he gets his way and the Australia Network or Radio Australia are kicked out of countries in Asia – including China – or worse, treated as a laughing stock and nobody in the region cares, he will have only himself to blame for trashing Brand Australia.

[This article was first published in dogbitesman.net in April 2014]