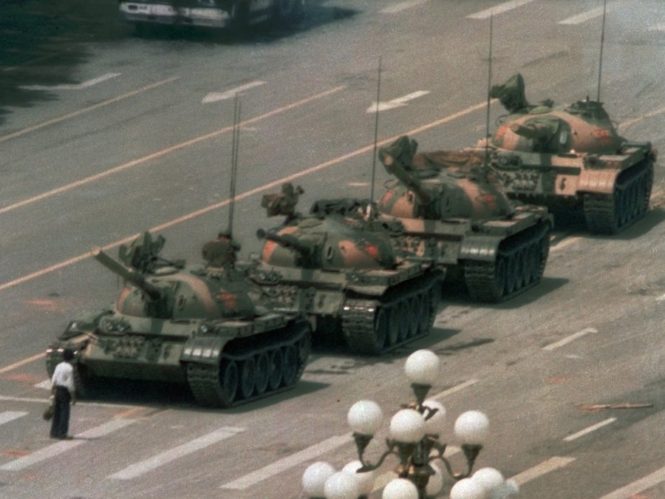 Irony is one of the guilty pleasures of many journalists and never more so than when it reflects badly upon opponents of a free media, especially those who try to limit our ability to expose the kind of doublespeak upon which irony itself feeds.

While few governments around the world can escape accusations of hypocrisy – which is irony with boots on – journalists in Western democracies take special delight in exposing it in countries where state censorship is most heavy-handed and ham-fisted.

China has long been a favourite target in a myriad of matters large and small, therefore many journalists took some pleasure in the irony emanating from a recent slip in that country’s censorship regime over, of all things, a circus performance involving the late Michael Jackson and the “Tank Man”.

People of all ages in free speech societies will remember both the strange multimillionaire singer and the solitary man in a white shirt facing down a row of tanks during the Tiananmen Square massacres by Chinese troops in 1989.

In the West, the two have, of course, been casually linked for several years through Jackson’s controversial song They Don’t Care About Us, a music video[1] of which included the famous “Tank Man” footage to illustrate his theme of civil rights abuses. So it was an easy mistake for the producers of Cirque du Soleil’s recent “Michael Jackson The Immortal World Tour” show in Beijing to make when they were putting together a montage of images as a backdrop to the song.

They Don’t Care About Us and the images in the accompanying music video today provoke little more than a passing interest for most Western consumers, but thanks to legions of censors in China the “Tank Man” image is never seen in public in the country where it was shot.

The irony is, therefore, all the more piquant because it is likely that the officials previewing the Cirque du Soleil material let the “Tank Man” image through because they had never seen it before and probably did not recognise it as even related to China. Indeed, if they have been brought up to believe that the government is always right and the Peoples Liberation Army can do no wrong, China would be the last place they would think of when glimpsing such an image.

Of course, as Edward Wong reports in the New York Times, the incident provoked speculation that this might in some way reflect a softening of official censorship or even signal a willingness to revisit the events of Tiananmen Square. However, not only had the offending image disappeared in subsequent performances but such speculation assumes that everything the Chinese government does – however strange in Western eyes – is rational and purposeful, instead of the much more likely explanation that this was an error brought about by the very thing that was designed to stop it, i.e. censorship.

For is that not the greatest irony of all, that you construct a system of state censorship so strong that it is no longer able to function efficiently because the information needed to maintain it is unable to get through?

There are all sorts of reasons why individuals, the media and governments in free speech democracies are against censorship, including that it limits the efficient flow of information useful to society and the economy, that it fuels often unsubstantiated rumours or that it simply suppresses dissent that will then accumulate underground until it explodes.

But one of the principal reasons why we dislike censorship – and here’s another irony in paraphrasing Donald Rumsfeld, one of the more secretive members of the George W. Bush regime in the United States, when he spoke of “unknown unknowns” – is that it results directly in us not knowing that we don’t know something; we can no longer gauge the extent of our ignorance.

If not only the event itself is hidden but also any trace that something has been there, society and the individuals within it cannot utilise any of the lessons it might have taught us. To rephrase philosopher George Santayana’s warning that “those who cannot remember the past are condemned to repeat it”, those for whom history has been erased cannot learn from it. Though maybe that’s what some in the Chinese leadership want – a compliant population reliant on George Orwell’s Big Brother for their only view of the world. It seems a strange way to waste what is potentially the most powerful citizenry the this planet has ever seen.

Of course, the West has not been immune from self-defeating censorship. One only has to look at the plethora of emergency laws passed by nations such as the United States, Britain and Australia during the height of the so-called War on Terror, laws which not only permitted their citizens to be held incommunicado for months at a time but which prohibited the media – the Fourth Estate – from reporting that they had been disappeared. Many of those laws are still on the statute books, despite being fundamentally oppressive and mostly useless.

Doubtless there are many occasions within Chinese public life when the fact of censorship and the impediments of not knowing what one doesn’t know have little effect on social cohesion, individual growth or economic efficiency. Since well before the Revolution, Chinese rulers have felt it sufficient that they and their henchmen alone know what is going on.

But globalisation, interlocking international trade, the digital revolution and the explosive expansion of the Internet and social media have changed the basic paradigm forever. When Chinese public life intersects with those of other, more open societies, as it does ever more frequently, the downside of the ignorance caused by censorship is exposed and becomes a brake on China’s development and an advantage to the West.

China has the largest and most thrusting population in human history, yet it burdens itself with a degree of self-imposed ignorance that even its friends in the West – and I include myself amongst them – can only gasp at.

This latest incident involving the “Tank Man”, a circus and the dead pop star may be transient, comic and almost insignificant in the grand scheme of things, but it is such hairline cracks in the facade of state control that may one day bring down the whole edifice of oppression. Ironically, that will not only liberate the people of China but also remove the blindfolds from the eyes of their governments and thus liberate their leaders too.

[This article was first published in DogBitesMan on 18 August 2013.]

[1] Known as the Official Prison Version.