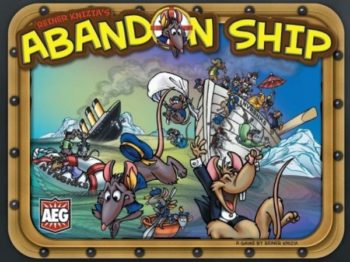 [This article was first published in July 2011.]

The much anticipated shake-up of Australia’s multicultural broadcaster SBS may have started, with the departure of one of former managing director Shaun Brown’s closest underlings.

Less than a week after Brown officially left the corporation’s Artarmon headquarters, the head of SBS television and online content, Matt Campbell, announced he is quitting to join Shine, the TV production company founded by Elisabeth Murdoch and then purchased from her by father Rupert’s News Corp.

After the acquisition was announced, News Corp shareholders filed a lawsuit.  The Amalgamated Bank of New York and the Central Laborers Pension Fund said there was no reason for the purchase other than to reward Elisabeth Murdoch and perpetuate the family’s involvement in senior management.

Shine has received commissions from SBS Television for programs such as Letters and Numbers and The Family, so they already know Campbell, who is quoted in an SBS media release as saying: “I look forward to continuing to work with SBS in my new role”.

Campbell is the first of Brown’s executives to leave since Michael Ebeid officially took over at SBS this month, and it is hardly worth speculating whether he jumped or was pushed. Campbell has been telling people for some months he was looking for a new job, perhaps in part because of the imminent departure of Brown, who was well known for his continued hands-on role in SBS TV after leaving the division to become MD. An article in a Murdoch paper The Australian by Michael Bodey – who has been remarkably well-disposed towards Brown and his executives during the transition to new leadership at SBS – claims Campbell did not apply for the top SBS job. If so, this would demonstrate a wisdom which might surprise some of Campbell’s detractors inside SBS.

Ebeid himself was giving nothing away publicly. The high-flown rhetoric of his eulogy at Campbell’s departure – which included praising Campbell for programs such as First Australians commissioned long before Campbell joined SBS – has an almost Shakespearean tone to it, worthy of Mark Antony himself.

To place these events in context, the following is an article assessing Brown’s time at SBS, first published in New Matilda.

The departure of Shaun Brown as managing director of SBS brings closure on an era the national broadcaster and many of its supporters may wish to forget.

The collapse of the house of cards SBS had become began 18 months ago with the replacement of chairman Carla Zampatti by Joseph Skrzynki and is completed by the ascension of Brown’s successor Michael Ebeid, though as these two undertake the process of rebuilding the multicultural broadcaster, observers might care to remember that Brown’s tenure too began with fanfare and high hopes.

Admittedly, when Brown crossed the Tasman in 2003 to become Head of SBS TV he trailed behind him the whiff of controversy from his time at TVNZ, but as he stepped into the shoes of the affable but increasingly undermined Nigel Milan — also a British-born media man who’d served time in New Zealand — Brown was welcomed inside and outside the organisation as a hands-on journalist who seemed prepared to listen and learn.

That impression proved to be superficial, but in his first months as head of TV Brown brought a fresh breeze into the charged atmosphere of the corporation’s Artarmon headquarters, where his predecessor Peter Cavanagh had been fighting a rear-guard action against the board’s wishes to introduce advertising within programs, rather than between programs as had been the practice to-date.

Brown proved far more compatible to the commercially minded Zampatti board and within six months of his taking over the reins as managing director in 2006, the board approved in-program advertising. Though this was a commercially common-sense decision, the move lost the broadcaster many loyal viewers and much support. Recriminations continue to this day.

But in attempting to understand Brown and the damage he wrought on SBS, the Thoi Su controversy was probably just as significant.

When, within months of joining SBS as head of TV, he began broadcasting a program provided by the Vietnamese state broadcaster VTV, Brown was genuinely shocked by the virulent opposition from the Australian Vietnamese community. They protested in their thousands in Sydney and Melbourne that the Thoi Su program was pure Communist propaganda and they pulled out all the political and publicity stops to get it taken off air. Brown felt no-one should dictate what SBS broadcast and was deeply unhappy when the board decided to drop the program. The decision was made all the more unpalatable as Brown suspected behind-the-scenes manipulation by his executive rival Quang Luu, the Vietnamese-born head of SBS’s more community-based radio division.

Brown’s actions over the following years suggest he would never again place himself in a position where anyone inside or outside SBS — other than the board — would tell him what to do.

Brown never forgot the lesson of Thoi Su. One of his first actions on becoming managing director was to dismantle the radio division, ostensibly under a corporate restructuring but effectively placing the staff and budgets of radio news, operations and publicity into departments headed by his TV managers. Within six months, Luu retired after 17 years.

Despite Brown then assuring radio staff at a mass meeting that Luu’s successor would be someone with broadcasting experience, the board appointed Paula Masselos, someone with no significant broadcasting or senior management experience in a large organisation. In doing so, they passed over more suitable and better qualified internal candidates of non-English speaking backgrounds, senior managers who had worked with the departed Luu. Predictably, Masselos’s tenure was not a success and she spent the final six months of her contract at home. But by that time, the damage had been done, all the division’s senior managers had left and SBS radio was a shadow of its glory days under Luu.

It is impossible to know whether the Thoi Su incident also fatally coloured Brown’s opinions of Australian multiculturalism — of which he’d had little experience in New Zealand — but his actions over subsequent years did nothing to stem the criticism that he had moved the country’s second national broadcaster in a more populist mainstream direction, away from its multicultural charter.

Most tellingly, in a 2006 speech quoted in the book The SBS Story, he summed up his interpretation of the word “all” in the SBS Charter, stating: “By charging us with the responsibility to reach out to all Australians the Charter ensures that SBS must not and cannot be defined by its audience.”

Brown did briefly attempt to mend the rift this policy engendered between SBS and its multicultural stakeholders by appointing the charismatic and well-connected Ukrainian/Canadian/Australian radio division executive Olya Booyar as his link to the ethnic communities, but communications deteriorated again after she left to become deputy director of the Classification Board.

A time of lesser men

More public manifestations of internal and external disquiet came with the replacement of many experienced managers by lesser men — and Brown’s senior executives have been overwhelmingly Anglo males — and the loss of key on-air talent. While Brown said in a recent interview in The Australian that the loss of experienced broadcasters — such as newsreader Mary Kostakidis and the Movie Show’s David Stratton and Margaret Pomeranz — had opened the door for younger people, it did nothing either to quell criticism that SBS was dumbing down or to boost its ratings by a significant degree.

While Brown and his executives claim to have grown audiences, the 20 per cent share increase of which they boast is off a small, single-digit base and represents capturing an extra one out of every hundred viewers watching free-to-air television in the five main capital city markets. And this during a decade when the taxpayer pumped almost $75-million into extending SBS’s hitherto notoriously poor signal. In 2004, SBS’s analogue programs could be received by only 80 per cent of homes. By 2009-10, this figure had increased to 97 per cent of homes, undermining the old excuse that the main impediment to viewing was poor reception.

Added to the relaxation of the advertising limits, extensive job shedding, outsourcing and other cuts and the offloading of much of the multicultural burden of the charter, SBS should have been able to do much better than it did. The board under Zampatti and Brown had turned a small but much admired national broadcaster into a commercial TV network massively subsidised by taxpayers — all for a few paltry points of audience growth.

To be fair, they were at the time mostly following the wishes of the Howard government to make SBS pay its way and downplay multiculturalism — a concept Howard publicly disparaged. But to suffer so much for so little benefit seemed to many knowledgeable observers a sign of poor governance.

All this is not so say SBS hasn’t managed to make some great programs under Brown, though it should be pointed out that while the excellent East-West 101 and Go Back to Where You Came From were commissioned under him, other programs trumpeted in the fawning Australian article such as Remote Area Nurse and First Australians were conceived under his predecessors. And there were many flops and thousands of hours of forgettable programs in between.

Its once-famous television news service — while still being more professional than the other commercial broadcasters and more stimulating than the ABC — has been badly compromised by the inability of SBS executives to recognise that the absolute and sometimes painful honesty admired in their on-air news programs had to be reflected by their own behaviour in other areas of corporate life if the whole was not to be tainted. But driven by commercial imperatives, protecting ‘the Brand’ at all costs became a way of life. Obfuscation, denial and spin became kings at SBS and everyone suffered as a consequence.

Only towards the end — with Skrzynski’s accession and the appointment of two new board directors of non-English speaking backgrounds — did Brown seem to rediscover the value of multiculturalism. But by then it was too late.

In the end, of course, the saddest thing about Brown’s tenure at SBS is that by making him managing director the SBS board kept the door closed on someone better who might have been able to successfully navigate the trials and turmoils of the Howard years, the global financial crisis and the apparently uncaring attitude of Labor without damaging the corporation.

Perhaps the best one can say of the Zampatti/Brown era is that at least SBS survives. Hopefully Skrzynski and Ebeid can now do the job their predecessors should have done several years ago.

[This article was originally published on DogBitesMan.net in July 2011.]