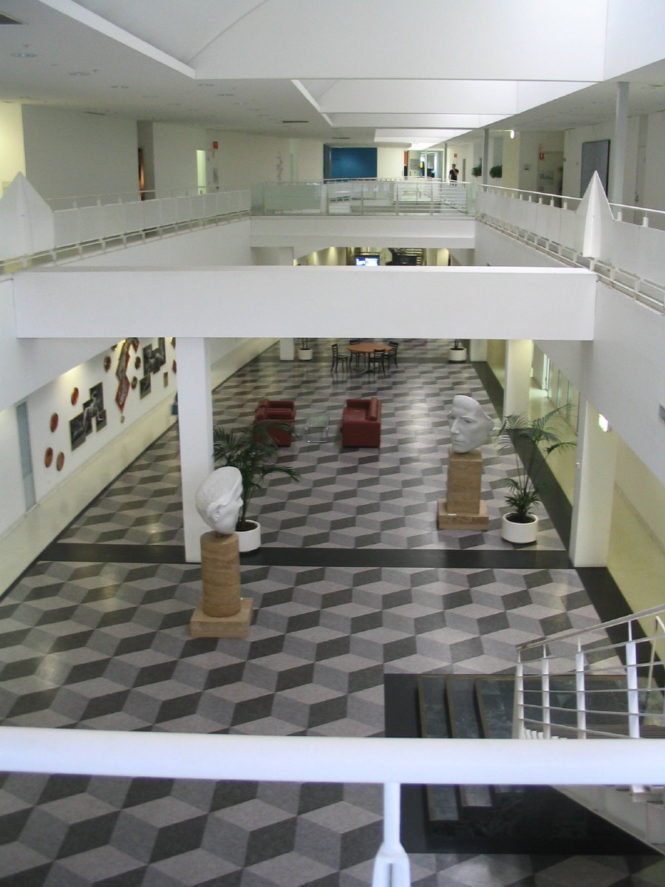 [First published in DogBitesMan.net and New Matilda in June 2010.]

It was never going to be easy putting the good ship SBS back on course.

Following hard on cuts to the multicultural broadcaster’s world famous subtitling unit, the axe is falling on the TV network’s other claim to fame: its news service.

News Director Paul Cutler sent an email to all his staff asking for a show of hands of those willing to take voluntary redundancy. He said numbers would be small and blamed the need to pump more money into the network’s second digital channel, SBS TWO.

Information on these latest cuts is hard to come by — always a funny thing when you’re dealing with a news organisation. A week after Cutler’s email, the MEAA (Media Entertainment and Arts Alliance) was none the wiser about the cuts. They are hoping to learn more when they meet SBS management today.[i]

If Cutler’s email is to be believed, the cuts to SBS news and current affairs — known internally as Newscaff or NACA — will be smaller and less brutal than those which are set to reduce subtitling staff by more than 20 per cent. They are, however, no less significant.

They’re less brutal because the market for unemployed English speaking journalists is far more forgiving than that which exists for jobless bilingual subtitlers. And they’re significant because news and current affairs was the one function for which the SBS Executive, in their rush to boost ratings and revenue, continued to be most protective, as evidenced by the fact that they had survived most recent attempts at serious budget trimming.

While SBS management has defended itself against charges of mainstreaming at the expense of multicultural programming by pointing to such quality dramas as East West 101, Remote Area Nurse and The Circuit, these only ever represented a few hours of programming in an annual output of thousands. Ask any Australian what they know about SBS and beyond sexy foreign movies and sport — condensed by the wags to “Sex Before Soccer” — people will mention the international news service, even those who never watched it.

Under Shaun Brown, first as head of TV and then as managing director, Newscaff became voracious. It had long been the favoured child in the SBS family, but under the former journalist Brown it became insatiable.

As managing director, he implemented the decision of the Carla Zampatti Board to introduce in-program advertising. This decision was taken largely, it was explained, to fund an extended 6.30 pm news bulletin. This was duly launched in January 2007 — at the cost of the iconic World of Sport.

The 60 minute bulletin seemed ill-starred from the outset. Within months, the network’s Madonna turned martyr: Mary Kostakidis quit as principal presenter — and she was followed soon after by her co-anchor Stan Grant.  Although World News remains credible, it has never set the media world alight and trails a poor fifth in the ratings behind the three commercial channels and the ABC.

There’s now talk that SBS will revert to a 30 minute bulletin at 6.30 pm. Such a move would more likely be an element of a longer-term strategy than driven by any immediate need to save money.

If Cutler’s email is to be believed, it is unlikely that viewers will see a significant change in the type of news output broadcast on SBS — and certainly not a change of the magnitude witnessed in the late 1990s when, in a bid to save $1 million a year, local news coverage was slashed.

There will be fewer journalists, maybe there will be fewer questionable overseas jaunts and more revoicing of foreign-sourced reports — but most informed observers think SBS Newscaff can survive with slightly fewer resources. One former executive producer who has been watching Newscaff closely for many years believes it is currently overstaffed for the programs it produces: commenting: “For one reason and another, [Newscaff] has been an area where pinching pennies while spending dollars seems to have been a way of life.”

Behind the cameras, within the corporation’s Sydney headquarters and Melbourne satellite studios, SBS TV in general — and Newscaff in particular — gobbled up resources.

Between 2005 and 2006, Brown restructured the organisation. This was ostensibly to improve cross-divisional cooperation and streamline operations — but effectively worked to feed SBS TV and Newscaff.

The multilingual radio division was largely dismembered; its two radio newsrooms and studio operations in Sydney and Melbourne — as well as its publicity, promotions and audience survey functions — were hived off to rejigged divisions headed by executives from TV. Somehow, the whole of SBS Radio’s annual publicity and promotions budget, some $700,000, was taken and very little of it was used to promote radio.

Left with only half a division to manage, the corporation’s chief multicultural asset, Quang Luu, resigned as head of radio after 17 years. He had clashed with Brown in late 2003 over the latter’s attempt to introduce a WorldWatch news bulletin, Thoi Su, from Communist Vietnam. In July 2006. Luu left abruptly, just four days after announcing his retirement to his staff.

Which brings us back to the significance of the latest cuts to SBS Newscaff.

These cuts may be perhaps little more than nicks — to all but the handful of staff who’ll lose their jobs — but the fact that they are being made to help fund the more multicultural, multilingual SBS TWO may be highly significant. It could well be another sign that the days of SBS’s frantic mainstreaming under the Zampatti Board are well and truly over.

The recent swingeing cuts to SBS subtitling seem difficult to reconcile with a return to multiculturalism — but they both could fit the new realpolitik taking place under the new Chair, financier Joe Skrzynski. Money is short, commercial revenue is not filling the gap — so SBS needs to convince the government that it is thrifty and that it is serious about multiculturalism again in order to win extra taxpayer funding.

The Prime Minister and his Communications Minister, Senator Stephen Conroy, seem to be reading from the same script. Notwithstanding the puzzling reappointment of West Australian director Bob Cronin — one of Channel Seven owner Kerry Stokes’ senior executives — the recent appointment of Dr Bulent Hass Dellal to the SBS Board was inspired.

The Turkish-born Hass Dellal not only brings the strongest multicultural credentials the SBS Board has seen in several years — even more impressive than Polish-born Skrzynski and the other Rudd appointee, Ethiopian Elleni Bereded-Samuel — but he is widely recognised and respected within multicultural Australia. Executive Director of the Australian Multicultural Foundation since 1989, Chairman of the Centre for Multicultural Youth, Chairman of the National Centre of Excellence for Islamic Studies Consultative Committee at Melbourne University, an Advisory Board Member on the Global Terrorism Research Centre at Monash University, a member of the Government’s Australian Multicultural Advisory Council — the list is long and impressive.

Dellal is a thinker, an administrator and a canny political player, all qualities which will give Skrzynski a strong right arm in wrestling control of the SBS Board from the remnants of the Zampatti era — if that’s what he is inclined to do.

And importantly, Dellal’s appointment will bring credibility to the broadcaster — which is what SBS needs right now.

Even its most ardent admirers have lost faith in SBS in recent years: the Board and executive now need to work hard to re-establish trust.

And the big question is: are they up to it?

While Brown is saying the right things and working hard to fill the broadcaster’s begging bowl, the recent fiasco over announcing redundancies in subtitling and the lack of transparency over the cuts to journalism jobs are both troubling. Brown and his executive will have to do a lot better if they are to repair SBS’s traditional compact with its supporters, staff, audiences and paymasters.

If they do, then the funding drought may prove to be a temporary one. In appointing Skrzynski, Bereded-Samuel and Dellal, Conroy has sent SBS the clearest message possible that he’s open to being convinced. If the Board and executive respond openly and honestly, Conroy may turn on the tap for the broadcaster, washing away the bad memories of recent years.

[i] First published in DogBitesMan.net and New Matilda in June 2010