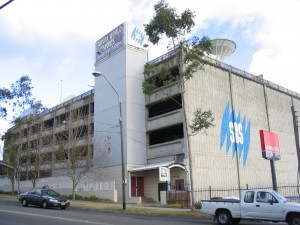 [This article was first published in DogBitesMan in March 2010.]

A confidential poll of staff at Australia’s junior public broadcaster, SBS, has painted a bleak picture of their faith in the corporation’s management.

The survey measuring employee engagement found fewer than half the 614 staff polled thought SBS performed well in managing performance, promotion, innovation and communication. In some work areas, satisfaction was less than a quarter on individual issues.

The workplace survey conducted in 2009 was based on methodology by the New Zealand-based pollsters JRA, following a tradition of sourcing expertise from across the Tasman established after managing director Shaun Brown was recruited from New Zealand in 2003 to head SBS TV.

JRA says that, on average, organisations expect between 25 and 35 per cent of employees to be engaged, between 55 and 70 per cent to be ambivalent and between 2 and 12 per cent to be disengaged. It acknowledges employees in this latter category are harder to track as they may conceal their unhappiness and lack of effort from their employer.

While JRA admits there’s not a straightforward correlation between the way a person answers survey questions and their actual engagement (and productivity), SBS has little to be proud about from the results, which have been leaked to newmatilda.com.

Although around 30 per cent of staff who answered the survey fell within the “engaged” category, this plummeted dramatically in some programming areas. In the corporation’s radio division — a service relegated to a corporate and public backwater by Brown and the Board under recently-retired chairman Carla Zampatti — only one person in five actually felt engaged within SBS, while a whopping 74 per cent felt ambivalent about the company they worked for.

As JRA itself says: “Ambivalence in the workplace represents a huge, untapped potential that many executives, managers and employees do not recognise and, therefore, have not addressed. It’s sapping our organisations’ — and our economy’s — potential.”

However, such an up-beat summary conceals a more damning set of data which, on closer analysis, indicates that SBS staff had more trust in themselves and the traditional values of SBS than they did in the way they were treated.

For example, SBS could be reasonably proud of the fact that between 75 per cent and 85 per cent of its staff said they looked for ways to do their jobs more effectively, believed in the SBS values, were committed to the organisation and worked well with members of their own teams.

But when asked how they were treated — especially by SBS managers — those percentages dropped dramatically.

Less than 40 per cent thought SBS promoted the best people or dealt effectively with underperformance. This fell as low as 24 per cent amongst program-makers in the troubled radio division.

Fewer than half of staff thought SBS properly assessed and rewarded outstanding performance, communicated openly and honestly or consciously tried to get their opinions or concerns. This dropped to under 40 percent in SBS radio.

While 84 per cent intended staying at SBS for the following 12 months, only 50 per cent thought there were career or personal development opportunities for them there.

Although staff unhappiness and underperformance should clearly have troubled the corporation’s newly-installed chairman Joseph Skrzynski, of concern to the Government and taxpayers — who now provide more than $250 million each year to the broadcaster — must be findings that fewer than half of staff surveyed believed SBS responded promptly to new technological innovations heading into the digital age.

And while 63 per cent believed commercial activity was integral to SBS delivering its goals, only 57 per cent thought the corporation successfully balanced commercial objectives with its Charter obligations.

It is also hard to see whether the survey findings or SBS’s efforts in general have actually done any good in halting the corporation’s decline.

And why are you only hearing about this now? Well, although the Employee Opinion Survey (EOS) was mentioned briefly — and favourably — in the 2008–09 annual report, the results themselves have been largely kept under wraps, with a limited number of copies available within the corporation — and those confined within secure locations inside SBS’s Sydney headquarters in Artarmon and their facilities in Melbourne’s Federation Square, with the injunction they are not to be borrowed or photocopied.

And beyond claiming that their engagement index was slightly higher than the Australian average, SBS certainly hasn’t exposed it to public — i.e. taxpayer — scrutiny or even trumpeted the positive aspects in the media.

SBS management does, however, claim to have taken remedial action as a result of the survey, writing in its latest annual report: “In response to the EOS 2009 results, feedback and discussion at all levels led to the development of an SBS-wide action plan which is currently being implemented. In addition to implementing the EOS goals and related actions, each Division will work on their own EOS actions in response to their specific 2009 survey results. Such actions will cascade through the Division and accountabilities will be identified and included in a work group and/or individual work plans.”

It is true many staff have taken part in this process, though many others have not, unsurprising given the low levels of “engagement” in some work areas and the natural cynicism of journalists. Another fact that won’t be helping staff to take this process seriously is that at the same time as it is being conducted, Brown and his executives continue to cut staff in front-line areas such as radio program making, already one of the most disaffected areas in the corporation if the survey results are to be believed.

And despite the commitment of the majority of staff to SBS and its values enumerated in the workplace survey, the network itself continues to wallow in the depths of the television ratings. After a slight improvement over the summer season, which is a traditional booster for SBS, ratings have again generally fallen so low that wags inside the corporation joke it would be cheaper to just buy DVDs of programs and mail them to viewers.

In February, in the first four weeks of OzTAM’s 2010 viewer surveys, SBS could manage only an average 4 per cent share of free-to-air viewers in the five major metropolitan markets.

Coincidentally, viewing plunged to 3.9 per cent the weekend after SBS announced it would pay Elisabeth Murdoch’s Shine Australia to produce a quiz show based on a 30-year-old European format. Some critics on the TVtonight website suggested it was less coincidence and more illustrative of the condition SBS is now in.

[This article was first published in DogBitesMan.net in March 2010.]