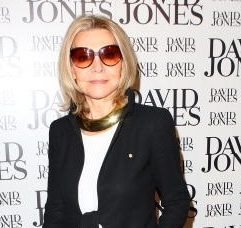 [This article was first published in DogBitesMan on 9 December 2009.]

When retiring SBS Chair Carla Zampatti steps up to receive the plaudits of employees at the broadcaster’s end-of-year party tomorrow night, it will mark the end of perhaps the most destructive era in the multicultural broadcaster’s 34-year history.

Many fine words will be spoken, reams of media releases praising her time at the helm will be distributed — but nothing will be able to disguise the fact that, on balance, her tenure has been a flop.

While the broadcaster has notched up some notable achievements and produced a number of fine programs over the last 10 years, SBS TV still flounders at the bottom of the ratings, it still struggles for traction with advertisers and government and its radio service is now so marginalised that the corporation has stopped its annual in-language listener surveys.

Zampatti is not entirely to blame for the problems that beleaguer SBS and indeed, only hindsight makes some of her errors obvious, but many now claim to have seen a disaster-in-the-making when she was appointed in December 1999.

Inside the corporation, staff joked about smartening their appearance while industry observers wondered what this fashion designer could bring to public broadcasting beyond her Italian background, an uneven history in business and the personal friendship she and husband, former Liberal MP John Spender, maintained with then PM John Howard.

As it turned out, her business acumen failed to fill the SBS coffers. And Zampatti’s friendship with Howard did not appear to assist SBS, but rather, during her tenure supplementary government funding dried up as she and her increasingly commercially minded board strove diligently to implement his “tough love” form of economic rationalism.

Of course, Zampatti had big shoes to fill when she took over from the shrewd and avuncular Sir Nicholas Shehadie. A successful businessman, sportsman and former Lord Mayor of Sydney, “Sir Nick” was deeply loved at SBS and respected across the political spectrum. Deeply committed to multiculturalism, for 18 years he steered the corporation through an evolving media landscape with the help of a constantly diverse board and a succession of clever chief executives like Ron Brown, Brian Johns and Malcolm Long plus — for a short time — Nigel Milan.

When Zampatti took the reins in 1999, the general feeling within SBS was that it would be business as usual. The fact that she had no experience in broadcasting led many to believe she would be a figurehead chair. At the time few realised how serious an impact Zampatti’s closeness to Howard and their shared ideological positions would have on SBS.

Although the Shehadie Boards introduced ads on SBS television and radio, Zampatti immediately wanted to know why more revenue wasn’t being generated. Like many observers, she could not understand why ads on SBS TV were restricted to breaks between programs, when many viewers change channels or go off to brew tea. She and her increasingly business-oriented board wanted ads within programs, like channels Seven, Nine and Ten. In this she was opposed by most of the SBS workforce, including then head of television Peter Cavanagh. Eventually worn down by board hostility, Cavanagh quit in 2002. His acting replacement, the mercurial network programmer Rod Webb, left soon after. Webb was replaced by a more ideologically compatible Shaun Brown, fresh from TVNZ where he had spent just nine months as head of television before his position was eliminated by chief executive Ian Fraser.

During Zampatti’s tenure, the Howard government made a number of significant changes to the composition of the SBS Board which profoundly altered the nature of SBS and its philosophy, especially the way it went about implementing its multicultural charter.

Out went directors like Professor Trang Thomas (of Vietnamese background); jeweller Nyra Bensimon (Jewish); Martine Pop (French); academic Amar Galla (Indian); Fujitsu Australia chairman Neville Roach (Indian) and the left-leaning actor Peter Carroll. In came a succession of Howard appointees such as Westfield director Jillian Broadbent, journalist Gerald Stone, former Howard speechwriter Christopher Pearson and newspaperman Bob Cronin, former editor-in-chief of the West Australian and one of Kerry Stokes’ prize executives. None of them was from a non-English speaking background. Only the appointment of economist Patricia Azarias in 2006 avoided a situation in which Zampatti was the only director of non-English speaking background — but by that time the damage had been done. Howard had effectively neutered multiculturalism at the highest level of SBS.

One step down, at senior management level, a similar process was taking place so that by 2006 only one person on Brown’s expanded 12-member executive was of non-English speaking background, the long-serving director of radio Quang Luu. In July 2007, Luu left after a prolonged tussle with Brown over a number of issues including the Thoi Su affair. Significantly, Luu’s replacement Paula Masselos was of NESB but had no broadcasting management experience.  She spent the final six months of her contract at home in an “advisory role“.

At the sharp end of the business — making programs — high-profile departures such as Movie Show stalwarts David Stratton and Margaret Pomeranz and news anchor Mary Kostakidis did immeasurable harm. SBS’s talent pool was being drained much faster than it could be refreshed.

Under Zampatti, SBS sank millions into some powerful but expensive “flagship” projects such as R.A.N: Remote Area Nurse, The Circuit and East-West 101. These were critical successes and, by SBS standards, they rated reasonably well. Along with some major and very expensive sports coverage and clever buy-ins like Iron Chef, Mad Men and Top Gear, average viewer numbers were given a boost, on some nights rising to a 9 per cent share. When programs like these weren’t on the schedule, ratings plummeted.

Over the last decade, ratings and revenue, feeding each other, have become the twin measures of success at SBS. While this approach might be laudable in a business context, Zampatti, Brown and the SBS Board took it to its logical commercial conclusion: SBS’s multicultural Charter stood in the way of populist, popular programming. They unilaterally reinterpreted it, dropping the focus on “producing multicultural services … reflecting Australia’s multicultural society” shifting their attention to the requirement “to inform, educate and entertain all Australians” — with the stress on “all”. In a recent 1000-word memo to staff calling for program ideas, the word “multicultural” wasn’t mentioned at all.

Defenders of Zampatti’s SBS can justifiably argue that ratings have increased in the past 10 years, both in terms of their share of the TV market and their reach into more homes. This is especially so each summer when the official TV ratings system is suspended for a couple of months. While the commercials and the ABC traditionally run cheaper, lower-rating programs and repeats, SBS still screens competitive programs over summer to boost their average annual viewing share.

But can such modest improvements really be a measure of success? After all, a national broadcaster once staffed by experts, loved by its audiences and envied around the world, underwritten with $190-million of taxpayer’s money — which is no longer encumbered by a restrictive interpretation of its charter — should be able to raise plenty of commercial revenue.

Most critics ask, not unreasonably, whether it was worth junking multiculturalism and SBS’s reputation for integrity in a scramble for revenue and ratings if — after 10 years — the broadcaster still struggles financially and flounders most days with 5 per cent or less of viewers?

Zampatti’s multiple directorships and prizes were mostly the result of her acknowledged achievements in the rag trade — even though during her tenure at SBS some accolades were also added “for services to broadcasting”. This served the Howard government ideologically and built the myth of her success in broadcasting so cleverly that even the Rudd Government added a Companion of the Order of Australia (AC) in this year’s Queen’s Birthday Honours  partly for “multicultural broadcasting”. Cynics might say that Rudd, knowing he would not give Zampatti a third term, could afford to be magnanimous to yet another high-profile Liberal.

Unlike public broadcasting — which requires consistency, consideration and a depth of comprehension — the fashion world is built around facade, transience and salesmanship. Under Zampatti, Brown and the rest of the market-minded board, publicity and promotions exploded at SBS. The marketing department boomed — but many decades worth of experienced managers, frustrated by the new commercial ethos, walked out the door.

Although SBS still sent its journalists out to record the eccentricities and misdeeds of others around the world, often with admirable results, within the walls of its Artarmon headquarters spin ruled — and honesty and integrity became negotiable. A decade’s diet of mixed, missing and misleading messages from the SBS Board had trickled down and damaged the organisation’s reputation as a free and independent public broadcaster.

It is unfair to blame Zampatti for everything that now ails SBS. She was one of the many stalking horses the Howard government insinuated into Australian public life. And until two recent Rudd appointments, the SBS Board represented a very narrow political, economic and social mindset, being that of well-off conservatives from white, middle-class, English-speaking backgrounds.

With Zampatti’s fingers now prised from the tiller, the interesting question for SBS is whether her successor, the Polish-born financier Joe Skrzynski will redress the balance — or settle for more of the same.

[This article was first published in  DogBitesMan on 9 December 2009.]