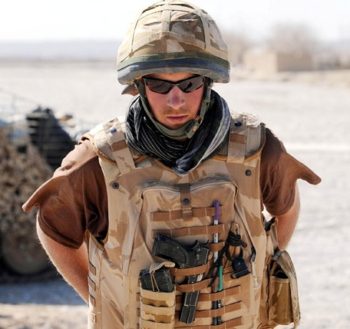 When a number of overseas media outlets – including a German newspaper, an American website and a women’s magazine in Australia – ran a story that Britain’s Prince Harry was serving on the front line of the war in Afghanistan, they were probably unaware of the controversy this seemingly simple story would generate throughout the world.

Certainly the Australian women’s magazine did not know the minefield they were entering with their story. They definitely did not want to expose the young soldier to additional risk by revealing his whereabouts. They were simply running a story about a handsome prince, a grandson of the British Queen, doing his duty. It was the kind of feel-good story they ran almost every issue.

What they didn’t know was that their counterparts in the British print, radio and television media had made an agreement not to reveal the prince’s whereabouts until he was safely back in Britain. Representatives of the British editors said they did it after negotiations with the British military, who were fearful terrorists might try to kill or kidnap Prince Harry for propaganda.

The breaking of this agreement by overseas new outlets caused fury among many ordinary people in Britain. On letters pages, radio talkback and Internet sites angry people accused these overseas media of putting the prince’s life in danger for the sake of a story. For many it became another example of how low the media could sink morally.

But was it that simple?

This kind of self-censorship by agreement across all media is not common in free press democracies, though censorship is often imposed by the governments of totalitarian regimes. It is a basic principle of free-speech democracies that the media should be allowed – as far as possible – to report freely on events and issues.

There are, of course, limits. The American Judge Oliver Wendell Holmes famously said freedom of speech (and by implication the media) should not allow someone to falsely shouting “Fire!” in a crowded theatre. He said people could die or be seriously hurt in the ensuing panic to escape.

Similarly it is very uncommon for the media to include detail which might, for example, reveal that a vulnerable person – especially a child – is alone or unprotected.

The British editors did not make their decision lightly. Apart from any ethical consideration, stories about the Royal family sell newspapers magazines and airtime. They would lose revenue by censoring themselves and their colleagues. So they too were angry that overseas media had broken the news blackout on Prince Harry.

But who was really at fault? Was it, for example, the Australian women’s magazine which, in all innocence, revealed the secret?

Or was it, in fact, the British editors for not at least letting the public know they were hiding some information, albeit for a very good reason?

They did not need to tell people any specific details of when the Prince was in a war zone, only that they would not – then or in the future – reveal his whereabouts as a serving officer if there was a chance it might endanger his life.

If the editors had been honest and open about what they were doing, their readers, listeners and viewers would have been free to decide whether to trust them and continue to buy their product. Announcement of the agreement would also have alerted other media throughout the world to the danger, so they could abide by the news blackout if they thought it was the right thing to do.

As it was, the British editors took the worst of all possible courses of action as far as protecting freedom of speech is concerned – they hid information but failed to tell their audience what they were doing.

In some ways, the British public were right to get angry at the breaking of the media blackout. But did they choose the wrong target for that anger. Should it have been directed at the women’s magazine which published the story in all innocence or at the British editors who agreed to break their trust with their public and then keep silent about it?

[This article was originally published in The News Manual in May 2008.]

For more on some of the ethical issues behind this controversy, you can look in the following chapters of The News Manual:

Chapter 60: Sources and confidentiality – The section on confidentiality looks mainly at circumstances when you, the journalist, give your promise not to reveal a confidential source of information, but some aspects are relevant to the discussion above.

Chapter 61: Taste and bad taste – This discusses in passing how to report sensitive issues and protecting victims.

Chapter 62: Privacy and public interest – There is a lengthy discussion on the extent to which public figures – including royalty – can expect some privacy, set against the public’s right to know.