Home  »  Featured • Journalism • Media • Society • Uncategorized   »   Who else if not whistleblowers? 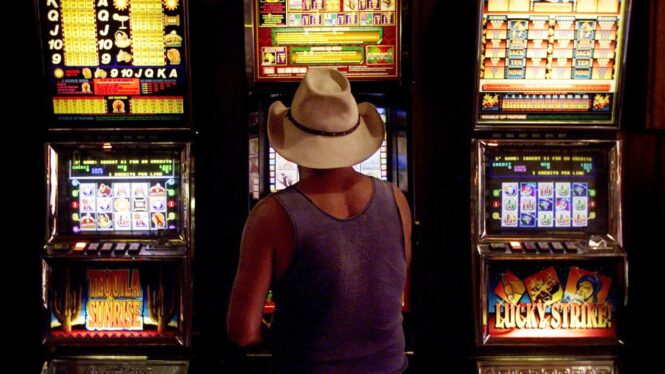 Barely a day goes by in western democracies without some new abuse of public trust, major abuse of the law or plain old government corruption being exposed to the sanitising light of day in the media.

But while many journalists are beavering away on investigations, the initial spark is almost always lit by a whistleblower. It’s as if free societies cannot function without them and it’s one of the great weaknesses of authoritarian governments that they don’t have whistleblowers keeping their leaders honest.

The latest – albeit not greatest – case in Australia has been the exposure of immoral behaviour by one of the country’s biggest supermarket chains, Woolworths. While Woolies was not directly involved, the retail giant owns most of the Australian Leisure and Hospitality Group (ALH), a pub and hotel chain which is also Australia’s biggest operator of poker gambling machine, called “pokies” in Aussie slang.

And ALH found itself neck-deep in a systematic plan to keep problem gamblers playing the pokies by providing free alcohol.

So blatant was the scheme that the ALH managers and staff running it kept track of at-risk patrons on “gaming briefing sheets” stored in a Google drive that logged customer details with targets for daily liquor ‘shouts’ [free drinks] to punters.

A former employee-turned-whistleblower, Emma Pearson, told the ABC that staff at a western Sydney ALH hotel she worked at were taught to cover up the practice of providing free drinks to gamblers by putting them through the till at the main bar, rather than the gaming room.

“We were told don’t put that through the gaming computer, so if we get audited or get checked, it won’t come up on that till,” Ms Pearson said.

In punishing two ALH pubs in northern New South Wales, the Independent Liquor and Gaming Authority chair Phillip Crawford admitted that the law did not allow the authority to impose a fine big enough to hurt ALH, let alone the massive Woolworths empire, which in 2019 turned over A$60-billion in revenue.

As the news website Crikey points out, Woolworths Group owns 75% of the ALH Group’s pubs business, maintaining a distance from day-to-day operations. The Mathieson family hold the other 25% and controls the nearly 12,000 poker machines, which the Alliance for Gambling Reform estimates generate $1.5 billion in annual revenue.

Alliance campaigner Kate da Costa said the case was “exposed by whistleblowers” and “ALH is surely not alone”.

“It shouldn’t be up to journalists, whistleblowers and former gamblers to hold this industry to account,” Dr da Costa said.

But in the end, of course, it was up to whistleblowers, campaigners and journalists to do something about ALH, especially as the best the NSW Customer Service Minister Victor Dominello could say about the scandal was that the government was “committed to reviewing the adequacy of laws”, to ensure they “reflect community expectations”.

You can read the full report in the Sydney Morning Herald and also revisit a more detailed analysis of the importance of whistleblowers here, at The News Manual Now!