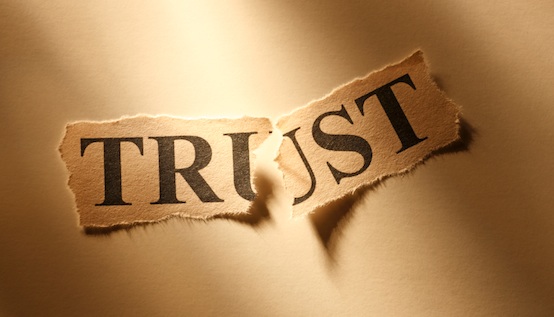 We live in dangerous times, in a world of crumbling trust.

The fear and confusion this engenders has spread across almost all societies around the world – free and oppressive, democratic and authoritarian, east and west, north and south, rich and poor. Increasingly, no-one is immune and if we are unaware of the crisis that is because either we are the victims of our government’s duplicity or we are wilfully blinkered.

Admittedly, there have been times when the world was more dangerous, when wars and conflicts were ongoing, resulting in the deaths and displacements of millions of people.

And certainly anyone alive in the decades after World War Two will remember the constant fear of nuclear annihilation, the permanent dread of the Cold War, the clashes of ideologies and the division of whole nations, some of which have carried forward to today. No-one in Korea, Kashmir, the two Germanies or Ireland needs reminding of this.

But in some strange way, the consolations then were clear. We generally knew who we were and how we differed from those opposed to us. We knew what we stood for and what ideologies they – the so-called “enemy” – espoused.

Yes, there were lies and propaganda from all sides, we were told what our governments wanted us to know and we trusted them – generally – and also the newspapers, television and radio services that told us what was going on. We had things to cling to, to anchor us in dangerous times.

What makes our era especially dangerous is that many of those anchors have broken, many of the certainties are no longer so certain. It has been said we are entering a post-trust era, when we do not know who to trust. How can we make decisions about our lives and our societies when trust is not there as solid foundations on which to build our thinking?

The really deadly danger of this era is that without those foundations of trust and knowledge that we can rely on, people are increasingly likely to do strange, unpredictable and irrational things. Conflicts are likely to escalate and grow out of hand.

Like someone stumbling around in the dark, we are likely to lash out wildly at the slightest threat – just in case.

And this is sad because, on one hand, mankind has never had so much information available, so many channels of communication to join us together but on the other hand we are less confident in who we can trust and what faith we can place in the things we are told.

That is why we in the media have a critical role to play in modern society, in communicating news and information that people can trust. The glory days of social media are not finished – in fact, they may never end – but certainly we are in an era when we are increasingly questioning what we are told on social media platforms. Not only that, we are increasingly distrustful of the social media giants themselves, Faceboook, Twitter, Google and their kind. Do they want to serve our communications needs or feed off them by monetising our data?

Who can citizens rely on for accurate, trustworthy information on which to live our lives and build our societies? Who can protect us from making fatal mistakes that might draw us into conflicts we might not need to have?

Ironically, it is traditional media that can fulfil that role, if we can re-establish trust with our readers, viewers and listeners, if we can exercise those principles and practices that have served democratic media so well for more than a century.

We live in a time when even the president of one of the biggest and wealthiest nations on earth can raise the spectre of Fake News about anything he dislikes, undermining our confidence in the security of our institutions and our democratic processes.

There is little we can do about that. After all, even presidents – however flawed- are allowed opinions. But what we can do is re-establish trust in the established media. It is not simple or easy and it is endless; it needs doing every day, every time we publish the next news story, feature article or documentary.

The stakes are high because unless we do it, we make our world ever more dangerous.

One does not need to remind anyone in Korea or Kashmir of the deadly dangers of uninformed decision-making, of what might happen if we fail.